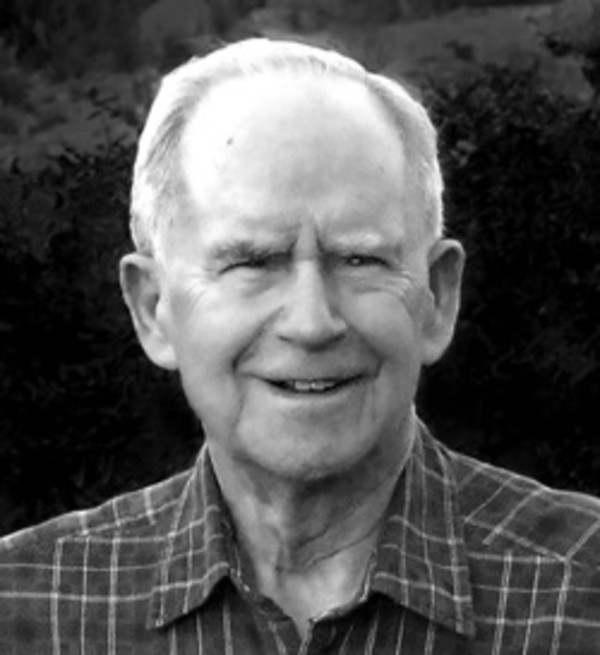 Denver Sams, age 95, died peacefully in his sleep on August 17, 2015, in his home in W. Lafayette. Denver was born on a small farm in the hills of rural southwestern Kentucky in 1920, the youngest of six children. His mother Nancy had little education and his father Ewell never learned to read or write. All six children went to college and all but one brother, who died early, went on to become successful professionals, earning Bachelors and advanced degrees. Denver chose an academic career and graduated from Eastern Kentucky University in 1943. He earned a Master's Degree at Purdue University in 1951 and his Doctorate of Education at Indiana University in 1961. He served as a Navy officer in WWII, and received a serious wound in combat when an enemy shell exploded near his head during a landing at Anzio, Italy. At the end of the war in 1945 Denver married Doriselwood Lemons, of Cynthiana, Kentucky. The newlyweds set up housekeeping in Lafayette, Indiana, where Denver worked as instructor in the School of Technology at Purdue. In 1962 he was promoted to department head. He went on to serve many roles, including assistant director, director and from 1969 until his retirement in 1986 he served as Associate Dean for Academic Affairs in the School of Technology. During all the years of his professional career, Denver continued to design and build high-end hardwood furniture. Working with wood was a passion he learned from his father Ewel, a master carpenter, and Denver never ceased refining his skills, producing ever more beautiful and accomplished heirloom furniture. Much of the wood he used was antique cherry and walnut which he obtained from old buildings and houses which were being torn down. He never passed a fallen tree without looking closely to see if he could use the wood. As Denver says in his 250 page memoir, The End of the Road at Bimble, KY (2006), recalling his introduction to furniture-making in 10th grade, “…With these understandings, not only my hands, but also my mind and my heart, have sprung forward together…I started to realize that the hands react to the stimulus of the heart and mind…[and] broadening the mind would help the hands to do more and better things. The key to this would be education. More reading, watching, listening and more skill practicing by the hands. The honing and fine tuning of the skills of the hands is a lifelong activity.” It was not only the skills of the hands' that he continued to fine-tune throughout his life, but all of those traits of character, heart and mind which are woven together over a lifetime. He was unabashedly generous and loving to all who knew him. He was creative and resilient not only in his profession and avocation, but also in his ability to move through the ups and downs of life with a sense of ease and grace. His sense of humor was always with him, even in difficult times, and his smiles and laughter illuminated each day of his life. When he made the decision to care for his wife, Doriselwood, at home during the seven years of her struggle with Alzheimer's disease, he accepted the fact that he could no no longer continue to design and build the complex pieces of furniture that had been his passion, so he put all his extra time and energy into becoming a master wood-turner. It was a move which was characteristic for him. He never let adversity turn him aside; he was both pragmatic and visionary. He invented a word to describe his new craft of wood-turning: “Artology”. The word, as he explained it, captured his sense of helping to reveal the beautiful secrets that Nature had hidden in trees. Denver was the only one of all his siblings and parents to live beyond the age of 80. His years beyond 80 were rich and lively as he moved his woodturning into a part-time business, wrote his memoir, spent time with his children, grandchildren and great-grandchildren, and traveled throughout the U.S. and to China, Thailand and Switzerland. At the age of 83 Denver found new happiness and companionship in his marriage with Betty Hoover, and as a couple they continued to spend much time traveling. During those years Denver also wrote a novel. When Betty died in the fifth year of their marriage, Denver continued to hone his craft of woodturning and to sell his pieces in local juried arts fairs, including the Round the Fountain Art Fair and Duncan Hall. He also produced and sold an instructional video on how to turn and finish “natural edge” bowls. He is survived by his children Debbie Sams of W. Lafayette and Joan (George) Packard of Warner, NH; grandchildren Morgan (Crissy) Liu-Packard of Somerville, MA, Anna (Adam) Packard of Saratoga Springs, NY, Ryan (Erin) Hicks of Lafayette and Mark Hicks of W. Lafayette; and great-grandchildren Brantley, Max and Felix. The family wishes to thank Denver's private caregivers, the caregivers of Angels Senior Home Solutions, and Serenity Hospice for their loving dedication in helping him to live in his home until his death. All who knew him miss him deeply. Contributions in memory of Denver Sams can be made to the Thomas Duncan Community Hall, 619 Ferry St, Lafayette, IN 47901 (765) 742-4788. Friends will be received from 10:00 am until the time of the celebration of life service at 11:00 am on Friday, August 28, 2015 at Federated Church in West Lafayette. A private entombment took place prior with the family in attendance.