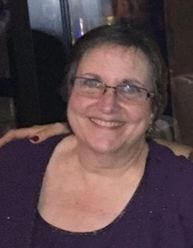 Throughout her lifetime, Debbie established herself as a true champion of underserved youth and causes that impact communities.  She served Indianapolis Public Schools (IPS) as an award winning teacher for more than 40 years teaching mathematics and special education.  A portion of her career was spent at Riley Children’s Hospital in Indianapolis teaching children who were hospitalized for long term care.  She was instrumental in the development of numerous fundraising programs to support a wide range of charitable interests.

Debbie was responsible for launching the Riley Children’s Hospital Holiday Cards sales program.  She also helped start Extinguish the Need, a program which set up a warehouse of materials for families to replace items lost in house fires.

One of Debbie’s greatest joys was her engagement as founding Key Club advisor at Broad Ripple High School. There, she started a volunteer program from scratch, building one of the most dynamic groups in metropolitan school history, receiving global acclaim.

Debbie orchestrated the Bracelets for the Cure which generated over $250,000 for Indiana University to begin the Breast Cancer Tissue Bank which is now called the Komen Tissue Bank. The Tissue Bank was the first of its kind in the world and contributed significantly to research in the prevention, treatment and cure of breast cancer.

Under her mentorship, students learned the value of giving of their time, treasures and talents to make their communities a better place in which to live. She donated countless hours of her time to the numerous projects that her students were involved in as she taught them the meaning of service.

For her efforts, Debbie earned a Daily Point of Light honor for her work in supporting the Broad Ripple High School Key Club and then she received the Key of Honor award from Key Club International for her numerous contributions to the organization.

Debbie’s greatest passions included her family, world travel, Indiana University sports, active participation for more than 30 years in a local book club that created lasting memories and friendships and Geocaching in which she utilized the activity as both an experiential and educational tool.  She was a beloved daughter, sister, niece, aunt, cousin, and friend.

Due to restrictions, a private graveside service will be held at Sons of Abraham Cemetery in Lafayette.