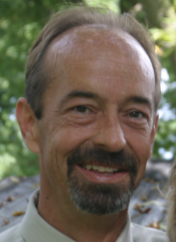 The world has lost a man of honor, humility, dignity, modesty, and grace. Our “healthy- as- a- horse,” “never- misses- a- day- of- work” stalwart succumbed to a brief illness on February 15, 2020. He will be sorely missed by all who knew him. No matter the need, David was there. In true David stealth-like manner, he got the jobs done. Never one for the limelight, he was content to work diligently in the shadows so that everyone else could shine. He was a mechanical genius who welcomed challenges with fervor. David was born to Joyce (LaCosse) Padgett and Wayne Cupp on November 26, 1966. He is the youngest of their five children: Marilyn Neal, Gary (Cathy), Sherri Huffaker (Ron), and Mike (Donna). David graduated from South Newton High School in 1985 and obtained an associate degree in HVAC from Ivy Tech. He spent the majority of his career at Tippecanoe School Corporation performing his magic to keep all HVAC systems working. David married the love of his life, Tina Spaulding in 2003. While David received accolades on all work fronts, his proudest accomplishments were his children: Sabrina Cupp (Antonino), Charise Krebs (Michael), Ira Cupp, and stepson Zachary Spaulding (Andrea). Sabrina and Charise blessed David with six beautiful grandchildren: Peytin Krebs, Grayson Krebs, Elyse Hewitt, Owen Hewitt, Annabeth Krebs, and Vincenzo Cavataio. He was preceded in death by his beloved mother, Joyce, in 2017. His ever faithful dog, Lloyd will also be waiting for him at the gates of heaven. In his 53 short years on this earth, David would want to be remembered as a simple man, as a man who worked hard, as a man who loved his family fiercely. In lieu of flowers, contributions can be made to Loving Hearts Animal Shelter.
Visitation will be from 4:00 pm until 7:00 pm on Wednesday, February 19, 2020 at Soller-Baker West Lafayette Chapel. Funeral services will be held at 10:00 am on Thursday, February 20, 2020 also at Soller-Baker West Lafayette Chapel, 1184 Sagamore Parkway W. West Lafayette, IN 47906 with Pastor Todd Hair officiating.