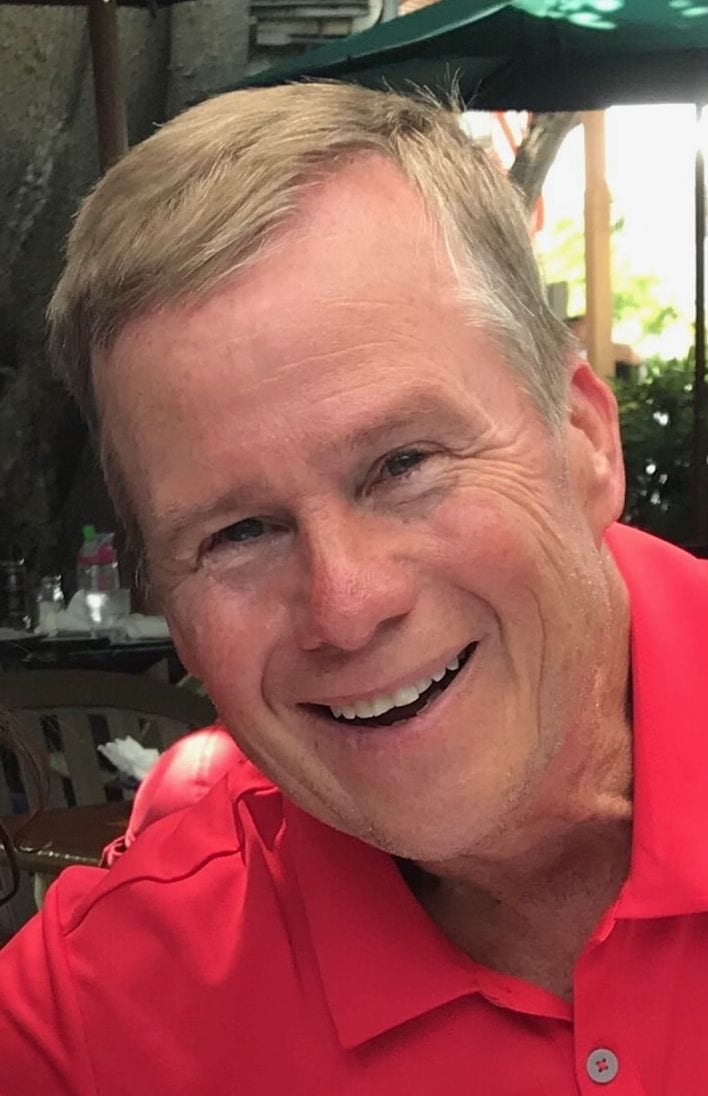 On February 10, David Boldebuck passed away in Lafayette in his home with his loving wife Bunchy and daughters, Margaret and Irene, at his side. David was born on January 26, 1958 and grew up in the suburbs of Chicago where he attended Hinsdale Central High School.

Graduating in 1976 as a State Champion Diver, after many athletic scholarship offers, he was awarded a full scholarship to Indiana University where he received a Bachelor of Science degree in 1980. His success in diving can be attributed to natural talent and dedication. But, also the nightly trip with his dad for a chocolate malt in hopes of gaining weight, to as his dad always said, “get higher” on the diving board. Together, they also loved hunting, fishing, and walking in the woods.

In snowy New York, Dave went to work with Eastman Kodak and worked for them for 18 years as a Solution Salesman, Sales Instructor, VP of Channel Operations, and Partner Manager. After Kodak he moved to IBM, Ricoh and others.

Dave met the love of his life Eileen (Bunchy) Korty on a blind date in Oak Brook and they were married on December 29, 1990 after a proposal with a ring hidden in a bag of road trip sandwiches. He always called her “his better half”, while Bunchy says he was “Heaven sent.” They traveled on President’s Club trips and annual getaways to Jamaica, Hawaii, and often Florida. The family’s trips were always full of ice cream sandwiches, laughter, and sunburns.

Dave and Bunchy had 2 wonderful daughters Margaret and Irene and were inseparable as a family. He truly loved spending time with Bunchy, his girls, son-in-law Marshall, and their Westie, Daisy.

He coached both soccer and softball for Margaret and Irene and enjoyed taking the girls camping, as well as participating in Father Daughter Adventure Club. His golf game was enjoyed but didn’t replace his day job!

Dave could fit in most anywhere and was passionate about his family, convictions, and political beliefs. He loved big, loud family gatherings, and was most at home at the grill cooking ribs with a Miller Lite close by. He enjoyed life fully and will live on in the lives of Bunchy, Margaret, Irene, Marshall, and all who loved him.

Dave is survived by his devoted and loving wife of 30 years, Bunchy and their two children- Margaret and Irene, and son-in-law Marshall. He is also survived by his sisters and in-laws, Cynthia Wheeler (John), Catherine Baumgartner (Daniel), Suzanne Collins (Steve), and Mary Davenport (Thomas). Dave is also survived by many sisters and a brother in the Korty family, along with 14 nieces and nephews, all of whom he loved deeply.

Dave is predeceased by his parents, Lester and Margaret Boldebuck, and in-laws, James and Mary Korty.

In lieu of flowers, Bunchy and her family ask for any donations to be sent to the ALS Association Indiana Chapter at PO Box 56023 in Indianapolis, IN 46256.

A private funeral Mass will be celebrated for David Boldebuck at St. Mary’s Cathedral. A memorial Mass will be held at a later date in the spring of 2021.

You may leave condolences at www.soller-baker.com