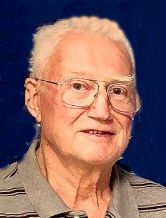 David Andrew Korty passed away peacefully the morning of August 10, 2022, surrounded by love. He was born August 18, 1950, to the late Norbert L. and Marian D. (Allgeier) Korty of Lafayette, IN, the seventh of fourteen children. He attended St. Boniface Elementary and Middle School and freshman year at Central Catholic High School. David then transferred to Jefferson High School to finish his primary education, take advantage of its shop and industrial arts programs, and participated in wrestling. He graduated in 1969 and attended an agricultural short course at Purdue University. David worked with Rea Magnet Wire until receiving a draft notice in May, 1970. David was inducted into the U.S. Army, reporting to Fort Knox, Kentucky, for basic training and Aberdeen Proving Grounds, Maryland, for heavy artillery training. Initially stationed in Bamburg, Germany, Private First Class (PFC) Korty requested and was granted a transfer to the Republic of Vietnam. He served with 1st Battalion, 79th Field Artillery Regiment at Biên Hòa Air Base 20 miles east of Saigon. He bravely served his tour from August 10, 1971, to April 8, 1972, prior to receiving an honorable discharge and joining the U.S. Army reserves until May, 1973. After returning home, David resumed work at Rea Magnet Wire for a short time before taking a position with Eli Lilly’s Tippecanoe Labs. He made Eli Lilly his home with a 34-year career as a senior operator within the agricultural products, environmental control, and fermentation departments before retiring.

In addition to his career, David was passionate about agriculture and enjoyed farm work, raising hogs and cattle and helping his family grow crops. He was also a lifetime member of St. Boniface Catholic Church where he volunteered as a Eucharistic Minister, an usher, a money counter, and volunteer for special church events. He also served on the Tippecanoe County Farm Bureau Board of Directors, was a member of Fairfield Township Farm Bureau, Knights of Columbus, The Forty and Eight – 364 Voiture, and a lifetime member of the American Huey 369 in Peru, IN.

Most rewardingly, David was a gentle, loving and cherished husband to Annette (Hobbs) Korty, whom he married July 29, 1977. He was a proud father to six children and grandfather to 13 grandchildren. Throughout his life, he taught his children how to love, honor and respect others by the way he lived, loved, and laughed. The example he set impacted not only his family, but his friends and neighbors throughout his life. The world is lessor with his passing, but heaven is brighter now that he walks its paths.

In lieu of flowers, memorial contributions may be made to: Lafayette Catholic School System at 2410 S. 9th St. Lafayette, IN 47909 or www.lcss.org/giving.