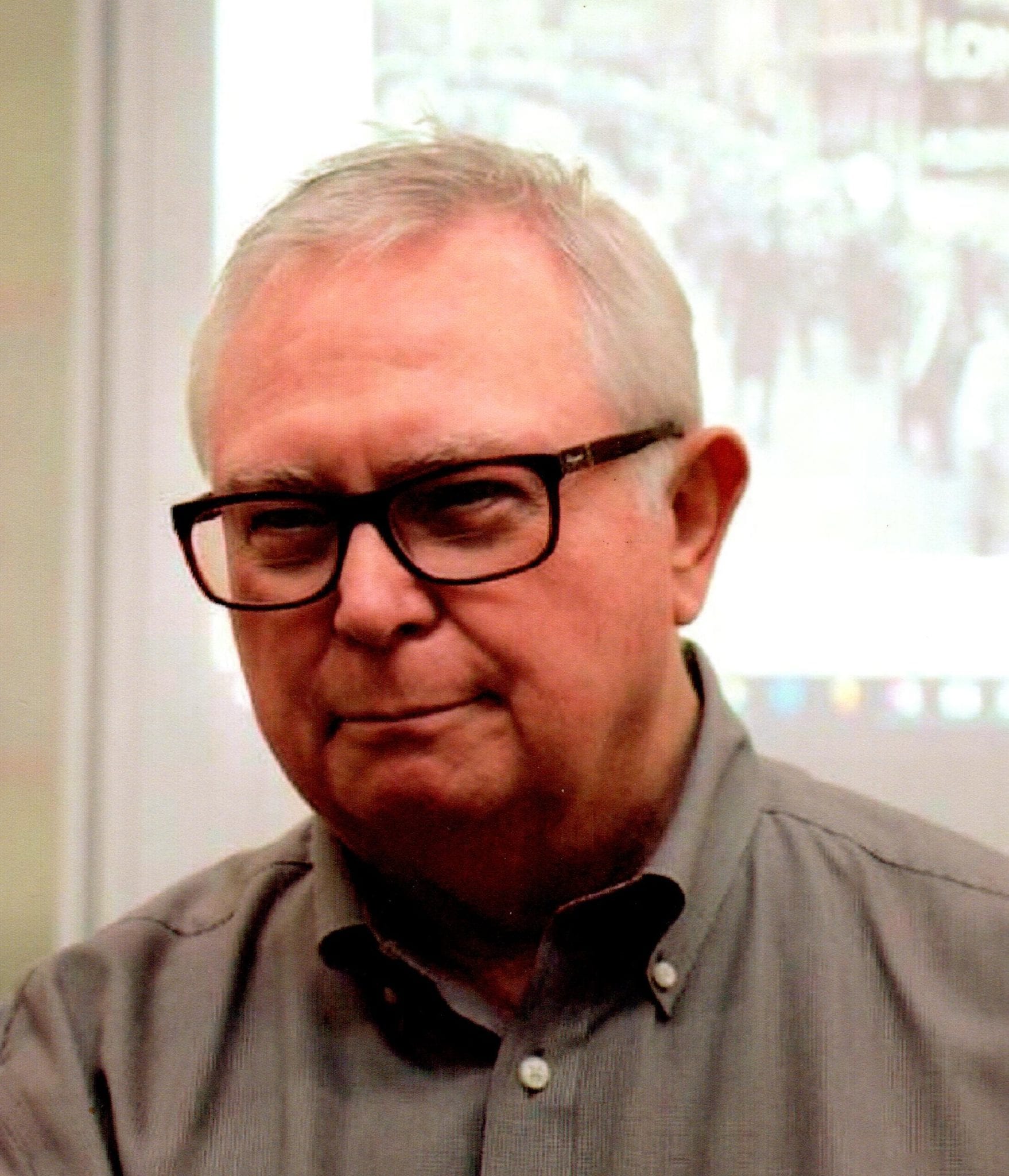 Colin Anthony Hawkins was born on June 19, 1950, in Reading, Berkshire, England.
Colin had worked at Caterpillar Large Engine Center for 20 years, retiring 4 years ago. He enjoyed his time remodeling kitchens, creating paperweights, painting walls and canvases and visiting friends, helping anyone as he could. He was busy in his garage having completed a straight eight engine and chassis for his own fair-weather car. But, on November 20, 2019, while in Indianapolis finalizing plans to sell his 1927 Bugatti replica, he collapsed. On November 21, he passed away
Colin began his 25-year career in motorsports after completing a 6-year program at Reading Technical College, Reading, Berkshire, England. He built March/Cosworth race engines, then worked in Formula One, traveling around the world. He could order chicken in several languages. In the late 70’s, he ventured to the U.S. to work for Parnelli Jones’ Indy Car team in California. But Formula One drew him back to England for 5 years prior to his permanent move to California in January 1985, to work with the Kraco Indy Car team. On December 27, 1985, he married Judi Dowell at the Stidham Methodist Church, Lafayette, IN. They settled in California while Colin managed the dyno (race engine testing cell) for Davendorf’s Nissan Endurance Racing. In 1988, they moved to Pennsylvania to work with Al Holbert’s Porsche Indy Car team. By 1989, they returned to California to complete his motorsports career managing 3 dyno cells and the wind tunnel for Nissan Endurance Racing.
In 1993, Colin and Judi moved to Indiana embracing the opportunity to be close to friends and Judi’s family. A design position was available at Caterpillar. The work at Caterpillar was perfect for his engineering mind. He loved living in the United States with frequent visits to see family and friends in England. One of the return trips from England was on September 11, 2001. Colin and Judi had a six day stay in Gambo, Newfoundland, after being diverted to the Gander airport along with 38 aircraft, becoming the “plane people” now characterized in the Broadway play, Come From Away.
In mid- October 2019, Colin attended his primary (elementary) school reunion in Reading, England. Colin’s older sister, Sandra Hesser as well as sister, Jane (Eric) Flower, brother, Peter (Sally), sister, Lynne (Trevor) all five attended the same school growing up. It was quite the gathering.
Surviving are his wife, Judi, and brother-in-law Herschel Byers, Colin’s 4 siblings, Sandra, Jane, Peter and Lynne. Proud uncle of 5 nieces, 5 nephews, 5 great nieces, 5 great nephews, 1 great-great niece and 1 great-great nephew in England. And proud uncle of 3 nieces, 3 nephews, 3 great nieces, 8 great nephews, 3 great-great nieces, 3 great-great nephews in the U.S.
Preceded in death by his parents, Alan and Barbara (Bendell) Hawkins and brother-in-law, Mike Hesser, in Reading.
And in-laws, Ralph and Ethra (Board) Dowell, sisters-in-law, Linda (Dowell) McConnell and Joyce (Dowell) Byers, great nephew, Jonathan Byers and nephew, Kyle McConnell. Preceded in death also by 2 brothers-in-law Colin missed knowing, Clarence Cowell and Kyle Dowell.
Colin preferred no services. There will be a celebration on June 19, 2020, on what would have been Colin’s 70th birthday and 36th anniversary of Colin and Judi meeting in Detroit. His very full life of 69 years, 5 months and 1 day will be celebrated daily in the hearts and memories of all who knew him.
Location and time of the celebration will be announced in early May.