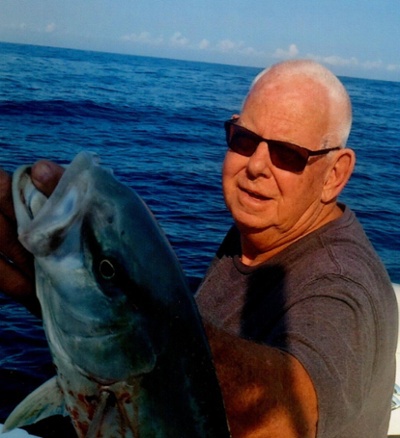 Clark Richard Bolinger, 76, passed away on Tuesday, August 13, 2019 at Franciscan Health Lafayette East due to complications from recently diagnosed Lymphoma.

On November 20, 1963, he married Mary Alyce Koning in Lafayette and she survives.

Clark worked as an External Grinder for Fairfield Manufacturing for 43 years before retiring in 2005.

He was a member of Fairfield 25 year club and enjoyed fishing, spending time at their lake house, being involved in his grandchildren’s activities, driving cars for Defouw Chevrolet and woodworking. Clark was always willing to lend a helping hand to anyone in need, and taking care of his family.

Clark was preceded in death by a sister, Barb Smith.

Visitation will be from 11:00 am until the time of the service at 1:00 pm on Friday, August 16, 2019 at Soller- Baker Funeral Home, 400 Twyckenham Blvd. Lafayette with Pastor Joe Bell officiating. Burial will follow at Meadow View Cemetery, Lafayette.

Memorial Contributions may be made in Clark’s name to: Riley Children’s Hospital for Cancer Research.