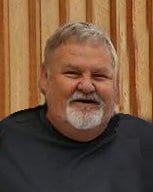 He was born March 16, 1943, in Lafayette to the late Donald C. Buckles Sr. and Dorothea E. White Buckles.

Charles graduated from Southwestern High School. He worked for the former Jefferson Smurfitt as a machine tender.

Charles enjoyed fishing, hunting, bowling, and the time with his family, grandchildren and his friends.

Visitation will be from 1pm until the time of the service at 2pm on Friday, February 12, 2021 at Soller-Baker Funeral Home, Lafayette Chapel. Rev. Russ Alley will be officiating. Burial will follow at West Point Cemetery.

Memorial contributions may be made in his memory to the Cystic Fibrosis Foundation.