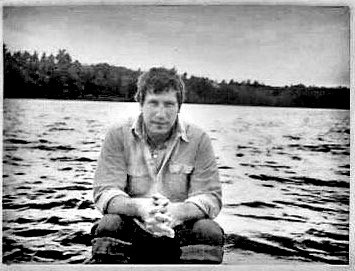 A remembrance celebration will be held at a later date.

George graduated from Phillips Exeter Academy in New Hampshire in 1954. He then attended Cornell and Columbia Universities before coming to West Lafayette to attend Purdue University.

While at Purdue he earned a BA and MA in English Literature before finding his true calling and earning his MSW from Indiana University in 1970. He then went on to work at Purdue Hospital as a mental health therapist as well as being a founding member and life long practitioner at Mascouten Family Institute in West Lafayette. He was proudly certified as a Gestalt therapist. In high school he was an “All -American” Swimmer and never lost his love for the water. In 1958 he enlisted in the Army and spent his tour of duty as Assistant Swim Coach at West Point Military Academy in New York.

There will be a remembrance celebration with date yet to come. Please, in lieu of flowers donate to your charity of choice.

That time of year thou mayst behold

When yellow leaves, or none, or few. do hang

Upon those boughs which shake against the cold,

In me thou see’st the twilight of such day

As after sunset fadeth in the west,

Which by and by black night doth take away,

Death’s second self, that seals up all in rest.

In me thou see’st the glowing of such fire

That on the ashes of his youth doth lie,

As the death-bed whereon it must expire,

Consum’d with that which it was nourish’d by.

This thou perceiv’st, which makes thy love more strong.

To love that well which thou must leave ere long.

A remembrance celebration will be held at a later date.