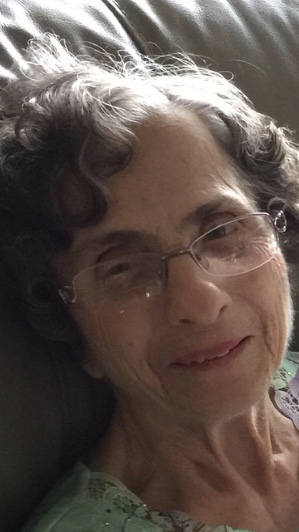 Carmella Ann (Messina) McCoy was born in Los Angeles, CA on August 11, 1930, and passed away peacefully going to be with the Lord on April 2, 2020, in Lafayette, IN.  Carmella, known as Carmi to all her family and friends, was preceded in death by her father and mother, Ross and Anne Messina.  Ross was a first-generation immigrant from Sicily arriving by boat in 1904 when he was 4 years old.  Story has it that Ross was nearly tossed overboard during turbulent waters on the journey; however, his father was able to grab Ross as he was going over the railing and descending into the sea.  Thankfully, otherwise the world would have been deprived of Carmi and all the kindness she shared with others during her life.

Carmi was primarily raised in Southern California; however, she spent the depression years in St. Louis.  In both locations, she was smothered in love from a large family of Sicilian-Italian aunts, uncles and cousins.  Carmi graduated from Mark Keppel High School, in Wilmer, CA.  While working in the banking industry, she met her future husband, Nicholas L. McCoy, a Navy man from Fowler, IN, who preceded Carmi in death on May 11, 2016.  They were married on October 24, 1953, in Southern California, and following Nick’s release from the Navy, they relocated in 1955 to Fowler, IN.

Carmi, to all who met her, was kind, soft-hearted and lived the life of servitude, walking in light and wearing her kindness and Christ-like behavior on her sleeve filling everyone she contacted with joy and laughter.  In fact, if you close your eyes and listen intently, you can see her infectious smile and hear her beautiful laugh raining down on us from Heaven right now.  Carmi raised five children who survive.  Nikki Fuhrmeister (Dave), Kathy McCoy, Linda Post (Robert), William Ross McCoy (Kimberly) and Jon McCoy.  She is also survived by ten grandchildren and four great-grandchildren;  Christopher Fuhrmeister, Courtney (Fuhrmeister) Cole (Taylor and son Cayson), Brittany (Fuhrmeister) Bachstein (Josh and son Brayden), Heather (Post) Frauhiger (Josh and son Bricklee), Bradley Post, Nick McCoy, Katie McCoy (son Finley), Kaleigh (McCoy) McFarren (Brandon), Matthew McCoy and Jack McCoy.  Carmi would often care for her grandchildren, playing games with them such as Chutes and Ladders, Monopoly, Candy Land, UNO, putting puzzles together and taking them to The Dollar Store for a special day of shopping and treats.  The grandkids loved going to visit and staying over at Grandma Carmi’s house.  She made them feel so special. Carmi is also survived by her sister Francie (Messina) Mocerino (Ray) and her bother Jerry Messina (Janet), as well as several nephews, nieces, and cousins.

In addition to raising her family, Carmi loved to cook and serve others.  She was always in the kitchen preparing a meal for her family and friends.  While her homemade Italian dishes were a favorite, she enjoyed baking and making special sugary treats for the holidays.  Christmas Eve’s Italian feast at Carmi’s home was a favorite for everyone.  Following her passion to cook, Carmi worked for Tippecanoe School Corporation preparing and serving meals to hungry students at Harrison High School.  Later, she worked for over 20 years preparing meals for the girls at Phi Mu Sorority at Purdue University.  Many young women were affected by Carmi’s smile, laughter and gigantic heart.  To this day, several often comment how she brightened their day and filled their hunger pangs often helping to ease the tension and stress of being away from their own mothers and the demands of their studies.   Later in life, after retiring from Phi Mu, Carmi was co-owner of the Phillips 66 gas station located on St. Road 43 North with her husband Nick.  It was during those days that Carmi could often be found “up at the gas station” enjoying cups of coffee with many, many friends every morning.  During her final few days in the hospital and during this time of “social distancing” and hospital restrictions, Carmi was fortunate to have two of her children by her side, Kathy and Jon.  However, all her family were able to use FaceTime to see and be with her each day.  Carmi was a fighter, and she was determined to connect with every member of her family one last time before she decided to move on to be with the Lord.   A few hours after connecting with the final family members, Carmi smiled letting us know she was at peace and ready to pass on to be with the Lord.  Carmi’s legacy continues through her children, grandchildren, great-grandchildren and all those she met during her 89 years.  It is safe to say, Carmi was an angel here on earth and has earned her wings in Heaven!  The family is thankful for and grateful to the staff at IU Hospital and the Hospice care professionals who provided care and comfort during Carmi’s final days.

A private graveside service will be held on Tuesday, April 7, 2020.  At a later date, there will be a memorial Mass held at the Church of the Blessed Sacrament located in West Lafayette, IN.