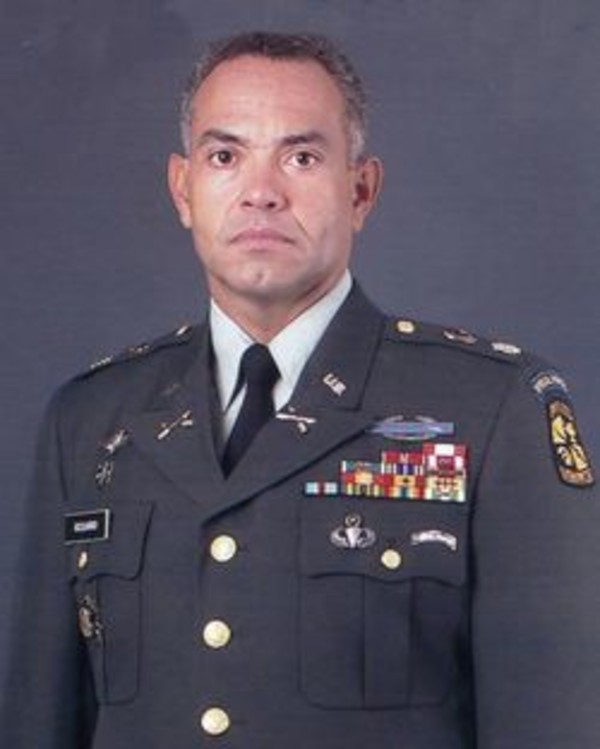 Major Carlos Rosario Jr, 64, of Lafayette, passed away at 7:15 pm Monday, July 4, 2016 at St. Mary Health Care.
He was born July 23, 1951, in East Chicago, to the late Carlos and Gladys Miranda Rosario.
Major Rosario retired from the United States Army after a very distinguished career. Serving two years in Vietnam, two tours in Turkey and Lebanon, and also serving in both Central and South America. He was stationed at the White House and Pentagon for some of his duty. During his time spent in the Army he had received several awards, the Army Commendation Medal with 2 Oak Leaf Clusters, Overseas Service Ribbon with 2 bars, 3 Distinguished Service Medals, Meritorious Service Medal with 1 Oak Leaf Cluster, Republic of Vietnam Campaign Medal with 60 Device, Republic of Vietnam Gallantry Cross Unit Citation Badge with Palm, Bronze star Medal, Vietnam Service Medal with 2 Bronze Service Stars and had achieved Master Parachutist. As a Special Agent in the FBI he was stationed in Miami, FL.
Major Rosario had extensive schooling, including the US Army Intelligence Center, Naval Training Center, US Air Force Training Center, Judge Advocate General School, FBI Academy, Secret Service Academy, University of Berkley (BS), Columbia State University (MS) and finishing with his PhD from Parkwood University in Psycology.
Carlos was a member of Church of the blessed Sacrament, Knights of Columbus # 456, and enjoyed gardening, staying in shape and dogs.
Surviving are his children, Tamara Lyn Davis of Fayetteville, NC, Travis Sterling Rosario (Lesley) of St Agustine, FL, Lisa Melinda Rosario of Deerfield Beach, FL and Leslie Meredyth Rosario of New Prt Richey, FL, along with five sisters, Irma Rosario-McDowell (Joseph), Judy Vasile and Gladys Rosario all of West Lafayette and Norma Ingerly (Michael) of Adrian, MI and Nellida Oman (T.J.) of Greenwood, WI; four brothers, Benjamin and Jimmy Rosario both of Lafayette and Robert Rosario and Manny Rosario both of Crown Point. Also surviving are five grandchildren and two great grandchildren.
He was preceded in death by a sister, Elizabeth Rosario.
Visitation will be from 5:00 until 8:00 pm Sunday, July 10, 2016 at Soller-Baker West Lafayette Chapel.
The Funeral Mass will be held at 10:00 am on Monday, July 11th at Church of the Blessed Sacrament with Fr. Ted Dudzinski officiating, followed by Military Honors at the Church.
Those wishing may contribute in Major Rosario’s name to the Alzheimer’s Association.