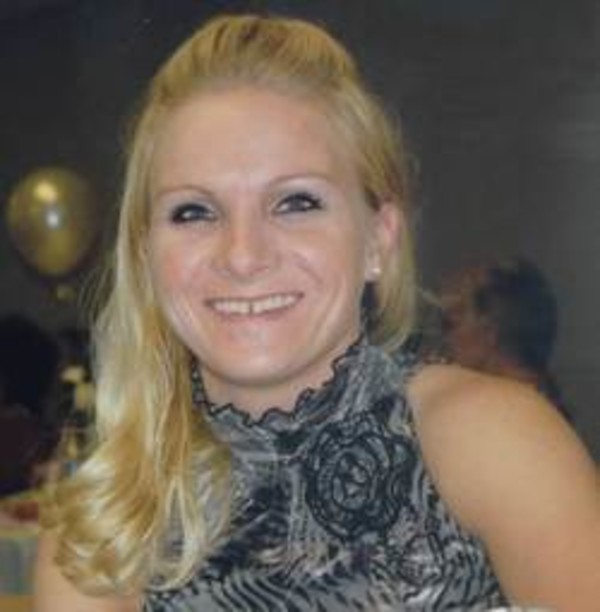 Brittany S. Henderson Hale, 27, of Mulberry, died Friday, October 4, 2013 at Indiana University Health, Lafayette after battling colon cancer. She was born April 4, 1986, in Lafayette to Mark Henderson (Ruth) and Tammie Budreau (Tom Haley) all of Lafayette. Brittany graduated from Lafayette Jefferson High School in 2005 and had attended Ivy Tech State College. On March 1, 2011 she married Jeremy Hale in Lafayette and he survives. Brittany had attended Victory Christian Center and Dayton UMC. She was a wonderful wife, mom, sister, daughter and granddaughter. Surviving along with her husband are her children Bailey Henderson, Brooklyn Hale at home, a sister and best friend Natalie N. McHenry (Benjamin) of Mulberry, grandparents Mary Budreau of Lafayette, Larry and Judy Henderson of Shadeland and Naomi Weaver of West Lafayette. Also surviving are aunt's and uncles Mike Budreau (Cindy) of Otterbein, Sandy Bowman (Ken), Debbie Budreau, Jackie Dexter (Dale) all of Lafayette, Randy Budreau (Yvonne) of West Point and many cousins. Brittany was preceded in death by a sister Katelyn Henderson, grandfathers Burton Budreau and Walter Weaver. Visitation will be 5-7 PM Sunday at Soller-Baker Lafayette Chapel, 400 Twyckenham Blvd. Funeral Service 10:30 AM Monday at Soller-Baker Lafayette Chapel, Rev. David Inskeep officiating. Burial will be at Tippecanoe Memory Gardens. Those wishing may contribute to her daughters college funds, please make check payable to Natalie McHenry.