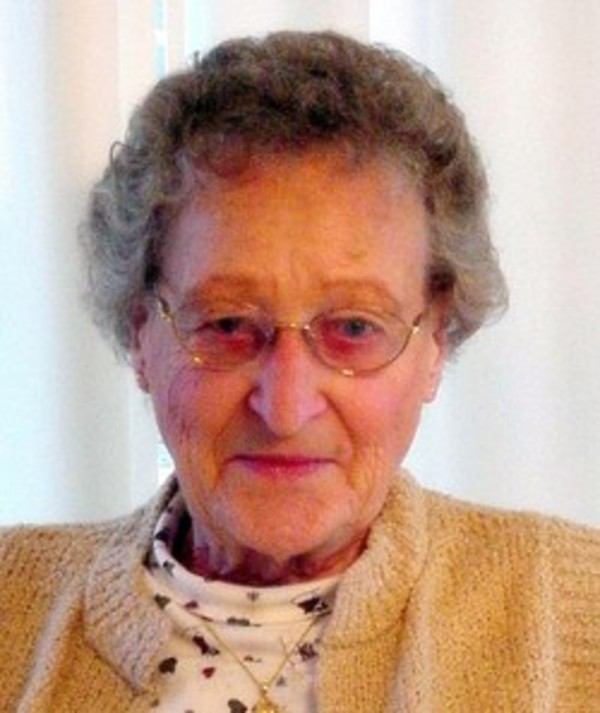 Betty J. Campbell, 91 was called peacefully home to the Lord on January 1, 2016 in the presence of her family. She was born on January 15, 1924 in Lafayette, Indiana to P. Lloyd and Grace Fidler (both deceased). She was a graduate of Wea Township High School Class of 1941.

She was married on October 16, 1943 to J. D. Campbell, who later became a highly talented and well-known auctioneer until his death in 1978.  In the Summer of 1942, Betty (then Fidler) went to visit her sister, Mary Jane, and her brother-in-law, Howard Prather, on their farm near Odell, Indiana. She joined them in going to a softball game in Odell. Howard was on the softball team, “Odell Softball”. One of Howard’s friends and the catcher on the team was J.D. Campbell. J.D. Campbell was also a farmer. Betty thought he was cute.  In January 1943, Betty, her sister, Judy, and their father, P. Lloyd Fidler, went to a high school basketball game at Wea High School where the Fidler girls attended. J.D. Campbell was officiating the game. After the game, he came up and asked Betty for a date on the following Sunday.

J.D. and Betty dated through July 1943. One day in July, they were in Lafayette, Indiana and J.D. said to Betty “let’s go in here”, which was a jewelry store. Betty asked “why”. J.D. said I want to marry you and then they were engaged.  The wedding date was set for October 16th which was one day after J.D. turned 30 years old. He said he could not get married until he was 30, because he had a bet with Bob Davis.

They were married in the home of Milford Knowls, who owned an elevator in Rob Roy, IN and who was also a Methodist pastor.  After they were married J.D. and Betty lived with his parents for 6 months before moving into a small, poorly built house on a farm they cash-rented with his parents. Son, Jack (who survives), came along a year later. They later moved to another farm near New Richmond, Indiana, where daughter, Pat (who survives), was born a couple years later.  Over her life, Betty lived in the New Richmond, Linden, and Lafayette areas. When J. D. was an auctioneer, she and he started and ran the Linden Liquor Store. She was an excellent cook and baker and seamstress. She enjoyed being with family, dancing and playing cards. She loved watching Purdue basketball and football teams.  Betty was one of five children, Mary Jane Prather (wife of Howard, both deceased), P. Lloyd Fidler (husband of Gay, both deceased), Ruth Hazelbaker (wife of Barney, deceased) and Judy Waldron (wife of Robert). She is survived her son, S. Jack Campbell, Barrington, Illinois, and his sons, Braun (wife Leslie) (Springfield, VA) and Drew Campbell (Gilbert, AZ), and her daughter, Pat Hail (husband Wayne), Lafayette and granddaughter, Trina Clawson (husband Brian), West Lafayette, great-granddaughters (Ryane and Saige Clawson, and Lily Campbell). Preceded in death by great-granddaughter, Reece Morgan Clawson and daughter-in-law Pam Campbell.  Friends may call from 1:00 PM to 3:00 PM on Tuesday at Soller Baker Lafayette Chapel, 400 Twyckenham Blvd. Service will be 3:00 PM Tuesday at Soller-Baker Lafayette Chapel. Interment will be at New Richmond Cemetery, New Richmond, Indiana.  Contributions in lieu of flowers may be made in Betty's name to Reece Morgan Clawson Memorial, 218 Hibiscus Drive, Lafayette, IN 47909 or the American Heart Association.