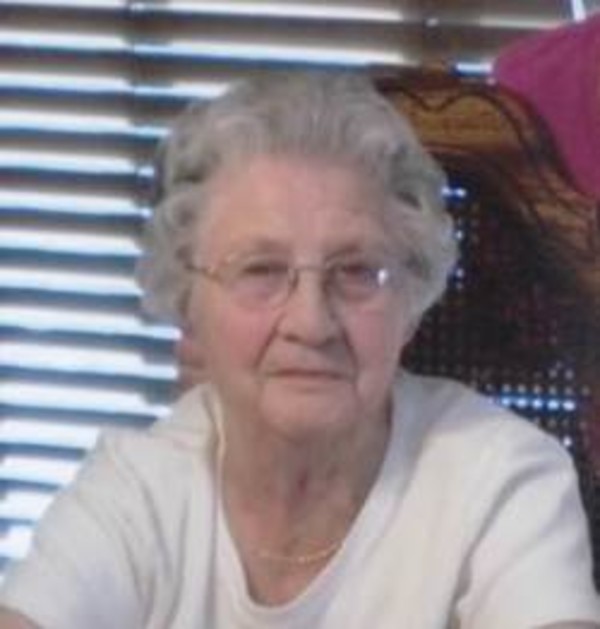 Berniece M. Ingram Robinson, 90, of Lafayette, died Monday, May 5, 2014, at St. Anthony's Nursing Center. She was born August 8, 1923, in Oxford, Indiana, to the late Elmer and Susie Neal Ingram. She attended Klondike High School and recently celebrated her 72nd high school reunion. On August 21, 1943, she married William G. Robinson at State Soldiers Home in West Lafayette and they would have celebrated 71 years of marriage in August. She retired from J. C. Penney in 1985 after 18 years. Berniece attended St. Lawrence Catholic Church and was a member of the Quilting Club. She made each family member a quilt and afghan. She was a member of the Northend Euchre Club for over 50 years. She was a wonderful and talented homemaker and went out of her way to make everyone feel special for birthdays and holidays. Berniece enjoyed attending her grandchildren's and great-grandchildren's sporting events as well as watching the Chicago Cubs, fishing and mushroom hunting. Surviving along with her husband, Bill, is a son, William (Carolanne) of Lafayette, and daughters Sally (Rick) Heim of Brookston, and Susan Robinson of Jeffersonville. Also surviving are eight grandchildren, sixteen great-grandchildren and four great-great-grandchildren. She was preceded in death by her oldest daughter, Bonnie Robinson, and brothers, Jim, Bob, Vernon and Joe Ingram, and a sister, Lena Jackson. Visitation will be from 5-8 PM Thursday at Soller-Baker Lafayette Chapel, 400 Twyckenham Blvd. Mass of Christian Burial will be 10 AM Friday at St. Lawrence Catholic Church, Fr. Dan Garland officiating. Interment will be at St. Boniface Cemetery. Those wishing may contribute in Berniece's memory to the 40&8 Nursing Scholarship Fund or Food Finders.