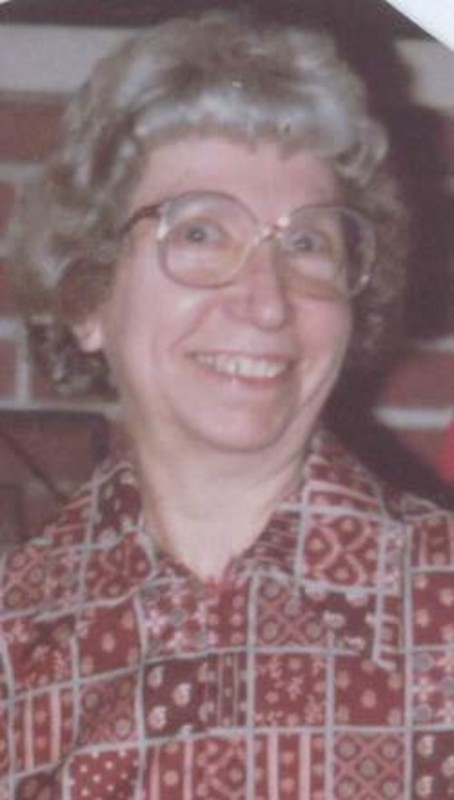 Bernice Anna Clara (Maier) McMillin went home to be with her Lord on Sunday, July 21, 2013, at 11:00 a.m. at the Mulberry Lutheran Home in Mulberry, IN. She was 96 years old and was born in Chicago, IL, on September 29, 1916, to Henry and Clara Elizabeth (Albach) Maier who preceded her in death. She married Arthur William (Bill) McMillin on October 16, 1943, in Skokie, IL, and he passed away August 28, 2005. She graduated from North Park College Academy, Elmhurst College and Bryant & Stratton Business College. She worked at her parents' bakery, Maier Rodel Bakery, in Chicago, before going to Baltimore, Maryland, to work for the Social Security. She came home to help her mom take care of her sick father, then married and was a homemaker. She was a charter member of The Federated Church, West Lafayette, Indiana, where she was a longtime 2nd grade Sunday School teacher. She is survived by two sons: David Leonard (Brenda) McMillin – Frankfort, IN, and Jonathan (Jay) Arthur (Jenne) McMillin – Battle Ground, IN; 9 grandchildren and 11 great-grandchildren; 2 step-great-grandsons, 1 step-great-great granddaughter and a step-great-great grandson. Her stepson, Daniel William McMillin, preceded her. Also surviving are 2 sisters and 3 brothers: Gladys Frick, Ft. Collins, CO, and Lorraine Goletz, Brookfield, WI; Henry (Marilyn) Maier, Park Ridge, IL; Willard (Coletta) Maier, Morton Grove, IL, and Leonard Maier, Park Ridge, IL. Two sisters, Eleanor Herbster and June Sterett preceded her in death. Visitation will be 1 hour prior to a 11:00 AM service on Thursday, July 25 at Soller-Baker West Lafayette Chapel, 1184 Sagamore Parkway West, Rev John Williams officiating. Burial will be at Spring Vale Cemetery.