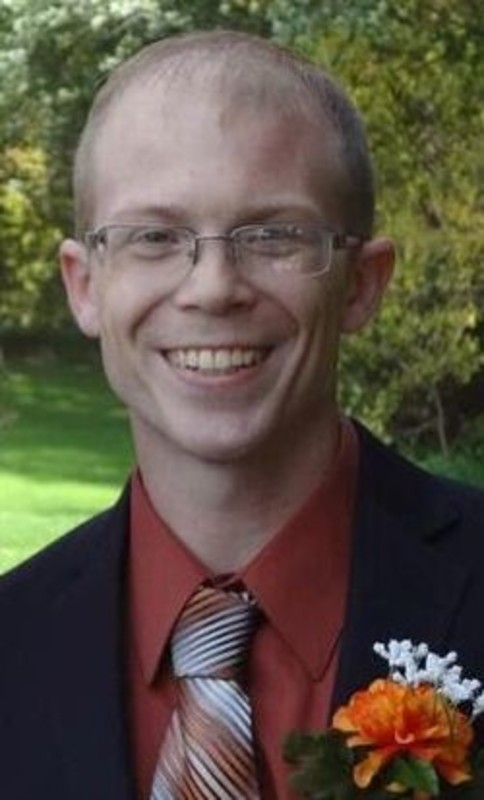 Benjamin G. McHenry, 29, of Mulberry passed away Wednesday, January 8, 2014 at IU Health University Hospital in Indianapolis after a 7 year battle of Hodgkin's Lymphoma. Born January 23, 1984, in Lafayette, he was the son of Donnagene Veach (Kurtis) of Lafayette and the late Jeffrey G McHenry. Benjamin graduated from McCutcheon High School in 2002 and attended Indiana State University. On October 6, 2012, he married his high school sweetheart Natalie N (Henderson) and she survives. Benjamin was employed at Purdue University's Memorial Union as a Supervisor for almost 9 years. He and Natalie loved attending all types of music festivals and concerts, along with hiking and taking long walks to enjoy nature. Surviving along with his wife, mom and stepdad are his two brothers Jarrod A McHenry and Andrew J Veach, paternal grandparents Gary McHenry (Tanny) and Nancy Keiser (Tom). Also surviving are two very special nieces, Bailey and Brooklyn, whom Benjamin and Natalie had just inherited their guardianship in November, along with many loving aunts, uncles and cousins. He was preceded in death by his dad, maternal grandparents Judy “Mimi” Stotler and Donald Cozad, his Aunt Jessica and Uncle Greg. Visitation will be from 5 to 8 pm Monday, January 13, at Soller-Baker Lafayette Chapel 400 Twyckenham Blvd, Lafayette with funeral services at 10 am on Tuesday, January 14 at Soller-Baker Lafayette Chapel with Aaron Walker officiating. Burial will follow at Fairhaven Cemetery, Mulberry. In lieu of flowers, those wishing may contribute to the Donations for Benjamin McHenry Fund at Lafayette Bank & Trust, 1088 W Broadway St, Monticello, IN 47960 or to the Leukemia & Lymphoma Society, Indiana Chapter 941 E. 86th Street, Suite 100, Indianapolis, IN 46240.