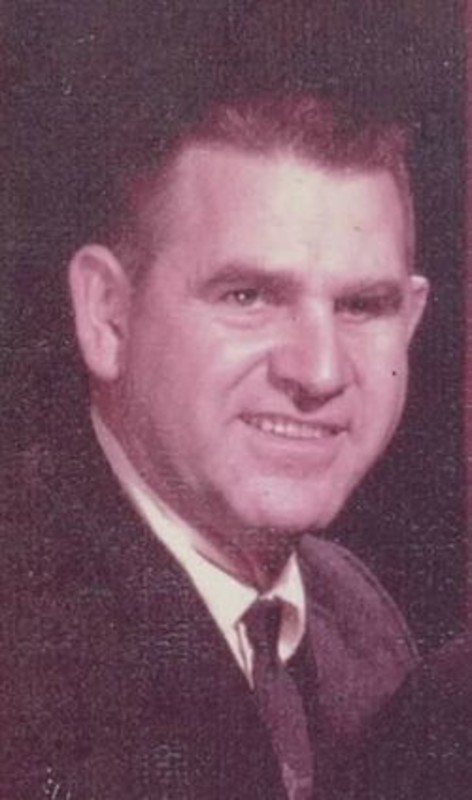 Benjamin A. Musser died November 12, 2015, in Sylvania, OH, peacefully in his sleep. Ben was 91 years old and lived a long, happy life. Ben was born on April 25, 1924 in Linton, Indiana to Elijah and Myrtle Musser. His early years were spent helping with the family dairy farm. Every morning before school, he would wake up early enough to milk the cows, process the milk, and deliver it. Ben volunteered and joined the services at age 20, along with his three brothers whom were already serving. However, after a year his father was struggling to maintain the dairy alone. A hardship was filed on his behalf and Ben was released on honorable discharge. Shortly after returning home, Ben met the absolute love of his life, Ann Pruitt. Ben and Ann were married on Valentine's Day in 1946 and lived happily together until her passing in 2006. Ben worked for Singer Sewing Centers for many years, and eventually started his own sewing machine repair shop out of his home. Musser's Sewing Repair was well known for services performed at Purdue University and with Indiana's Amish community, as well the many loyal customers in the Lafayette, IN area. He retired from Farm and Fleet doing small engine repairs. Ben enjoyed camping, fishing, boating, and playing euchre. Grandpa was one of the most gentle, caring men that ever existed. He without a doubt loved Grandma with every inch of his being. Ben was a true hardworking gentleman and by far the best gardener I'll ever meet. I'm sure the whole family agrees Grandpa has been waiting too long to be reunited with his soul mate. Ben was preceded in death by his parents, wife, and three brothers; Roy Musser, Jake Musser, and Bob Musser. Surviving are his three children: John Musser wife Lisa Musser, Cheryl Sartor husband Joe Sartor (deceased), and Kim Ferguson husband Christian Ferguson; eight grandchildren: Wesley Musser, Amanda Musser, Jennifer Smith husband Terry Hess, Joe Sartor, Ryan Sartor, Joshua Musser Cordell, Jessica Oliver, and Jaidlynn Ferguson; and eight great grandchildren: Katrina Musser, Tyrone Hess, Sydney Hess, Trenton Sartor, Landon Cordell, Livianna Cordell, Lacy Cordell, and ToniRae Oliver. Visitation will be from 1:30 PM until the time of the service at 2:30 PM on Monday at Soller-Baker Lafayette Chapel, 400 Twyckenham Blvd. Interment will be at Fowler Cemetery.