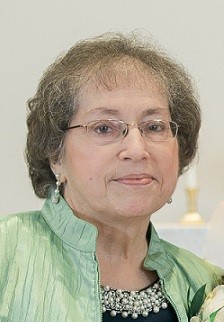 Anne Camille Holst Butzlaff, 79, of Lafayette, passed away on Saturday, May 29, 2021 after a lengthy battle with cancer.

Born November 6, 1941, in Louisville, KY, to the late Justin and Elizabeth (Baines) Lencke, she grew up in Lafayette. She was the salutatorian of the Central Catholic High School class of 1959 and later graduated from Purdue University.

Anne was initially a stay-at-home mom, then worked at Lafayette Life Insurance, Pillsbury, and later retired from SIA. Following retirement, she helped her daughter and son-in-law at McCarty Motors. Anne was also the co-owner of Valley Flowers for 11 years. She was a life-long member of St. Mary’s Catholic Church.

Anne was a devoted mother, grandmother, and great-grandmother. She loved her family and enjoyed reading, horses, painting, coloring with her grandchildren, musicals, and watching sports (especially Purdue basketball). She spent much of her free time volunteering as a swimming official with Indiana Swimming, USA Swimming, and the NCAA, where she met many friends through the years. Her proudest moment was working the U.S. Olympic Trials in 2000. Anne was also previously a president of the Lafayette Swim Club.

Anne was preceded in death by her daughter Jane M. Strasser and brothers Jim Lencke and Mike Sebrey.

Visitation will be from 1:00 pm until the time of the service at 3:00 pm on Saturday, June 5, 2021 at Soller-Baker Lafayette Chapel, 400 Twyckenham Blvd.  Interment will be at Meadow View Cemetery in Lafayette.  The family would also like to thank Dr. DiMartino and the staff at Lafayette Cancer Care for their support.