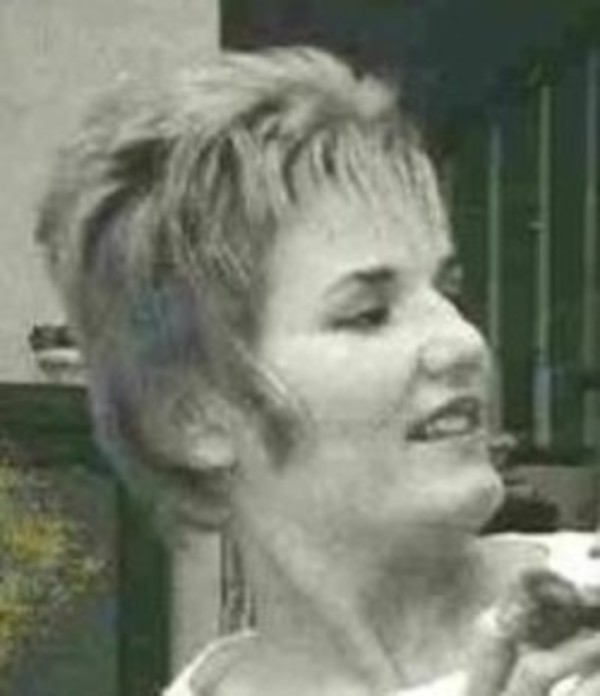 Ann Greiber Soedel passed away on Friday, February 16, 2018. She was 79 years old. She was born in Madison, Wisconsin, as the first child of Eleanor Mees Greiber, a registered nurse, and Dr. Marvin F. Greiber, a physician and psychiatrist. When her father served with the U.S. Army in Burma during World War 2, she and her mother moved to Fennimore, Wisconsin, to live with her grandparents, Mary and Edward Mees. Ann was loved by all, especially her aunt Charlotte, who had a strong influence on her throughout her life.

After the war, Ann moved to Muncie, Indiana where her father practiced as a psychiatrist. She graduated from Burris High School. After a brief interlude at St. Mary of the Woods College in Columbus, Ohio, she graduated in 1959 from Indiana University in Bloomington and its Medical Center in Indianapolis with a B.S. degree in Physical Therapy. The same year she started to work at Hurley Hospital in Flint, Michigan. There she met her future husband, Werner Soedel, an engineer from Germany, on a blind date. It was love at first sight.

When Werner had to return to Germany, Ann traveled with him to see if she would like it there. They were married in September 1961 in the Catholic church of St. Georg, Russelshein. Their first child, Sven (wife Patricia), was born in July 1962. Ann spoke German with a local accent and the town people of Russelshein loved her for it.

In 1963, Ann and her family returned to the United States. She worked as a physical therapist at Purdue University to support her husband through Graduate School.

Other children followed: Fritz (wife Julie) in 1967, Dirk (wife Christine) in 1969, and Marlena (husband Eric) in 1973. Ann continued to live in West Lafayette until her death because her husband had become a Professor of Mechanical Engineering at Purdue University. Later, she also worked at St. Mary Nursing Home for a relatively short time, again as a physical therapist.

Ann was a devoted mother. She always provided opportunities for her children to learn and excel academically. She encouraged them to do a variety of sports, notably swimming, where they achieved major successes. She was proud that they all became good and responsible adults. Ann adored her 13 grandchildren: Amber, Nicholas, Ashleigh, April, Jackson, Broderic, Thomas, Carter, Kathleen, Ava, Chase, Francesca, and Harrison. Unfortunately, she will not be able to see them all grow up.

She was a master gardener, raising the most beautiful flowers. She succeeded to attract rare birds to her backyard feeders, but loved flocks of lovely sparrows equally.

All her life she was an excellent swimmer. At Indiana University, she participated in water ballet. She has a talent to teach very young people how to swim. All of her own children swam before they were three. She was the founding president of the West Lafayette Swim Club, the White Sharks.

She was well read in American history. She visited most of the national monuments and parks, some as remote as the Dry Tortugas. She also traveled widely in Europe, especially France and England, but also ventured to countries as far as Turkey.

Ann had an astonishing memory. She was an outstanding bridge player. She knew how to prepare many authentic American and European dishes, and liked to invent variations of recipes and experiment with them,

When studying at Indiana University, she belonged to the Phi Kappa Sorority. She was a devoted Catholic, but she was tolerant of other beliefs. Because of her example, her husband converted to Catholicism.

Ann was fond of her nephews Christopher Eddy, Michael Eddy and Matthew Dawes. To her sorrow, her niece Tricia Dawes preceded her in death. Also preceding her in death were her beloved sisters, Marcia and Susan.

Surviving also are her brother-in-law, Gunther Soedel and her sister-in-law Monika Soedel from Dietzenbach, Germany. Ann used their home as a base when exploring Europe.

Ann will be missed by many, especially by her family. May she rest in peace and be rewarded for her good heart at the resurrection.

In lieu of flowers those wishing may contribute in Ann’s name to an animal shelter of your choice which she would have appreciated.