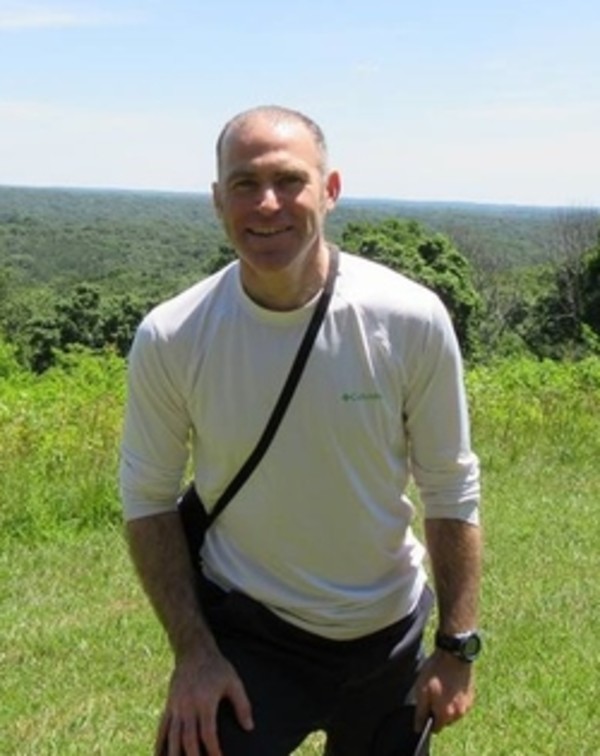 Aaron Douglas Rogat, 44, loving father, husband, son and brother, passed away on April 9, 2017 at 9:00 am. He will forever be in our hearts and memories. Aaron was born in Des Moines, Iowa, on November 27, 1972, the son of Carl and the late Carol Rogat. Aaron so appreciated life and the power of family. Growing up in the midwest and then moving to Portland on the west coast, influenced his love of large lakes and ocean waterfront, stars, and fireflies. As a child, he was always inquisitive and in awe of the inspiring beauty of nature; he had several collections, including those of rocks and plants. He had an appreciation of architecture and enjoyed creating art in his childhood.

From a very early age, Aaron had a keen interest in biology. He followed his love of science and received a bachelor’s degree in biology from the University of Oregon in 1995. Aaron continued with his studies and received a doctoral degree in molecular cell biology from the Washington University of St. Louis in 2002. In the last year of his doctoral studies Aaron was diagnosed with a brain tumor. Despite undergoing brain surgery and starting chemotherapy, he persisted in completing and successfully defending his dissertation.

Having completed his doctoral studies, Aaron became deeply interested in conducting research in science education, which led him to a postdoctoral fellowship at the University of Michigan, Ann Arbor. One of Aaron’s greatest strengths was being an innovative thinker. Over the next decade, Aaron contributed to science education research, policy, and practice. He served as a research scientist from 2006 -2011 for the Consortium for Policy Research in Education (CPRE) at the University of Pennsylvania and Columbia University where he worked on science education policy issues of state and national importance. He then joined the Educational Testing Service (ETS) as a research scientist, where he contributed to the research and development of the science assessments for the National Assessment of Educational Progress (NAEP). NAEP is the largest nationally representative assessment in the United States. In 2014, Aaron joined Purdue University as a research associate in the College of Education, where he continued to be active in supporting science education, especially focused on the potential for technology to inspire science learning. In early 2017, he was a finalist for a grant from the U.S. Department of Education to develop instructionally supportive computer-based assessments to help students learn new and challenging biology emphasized in the new national science education standards. Ultimately, Aaron was passionate about integrating his love of biology and science education research to improve children’s understanding of science in K-12 classrooms. He made wide-ranging contributions to science education in the areas of curriculum design, teacher professional development, and assessment development. Aaron was deeply committed to his career, even working through his final months.

While pursuing his dreams at the University of Michigan, Aaron met the love of his life, Toni Kempler. After dating and finishing their studies in Ann Arbor, Toni and Aaron relocated to the East Coast, were married, and started a family. Their daughter, Sara, was born in 2009.

Alongside Aaron’s dedication to his work, he most enjoyed spending time with his family. During this treasured time, he enjoyed, first and foremost, playing with his daughter, Sara – running around, kicking the soccer ball at the park, listening to her singing and reading, and sharing with her his love of science. He loved vacations, ranging from trips to Paris, St. Martin, and the waterfront, as well as vacations to visit his family on the West Coast and Maryland . Locally, he enjoyed trying new restaurants and watching movies and comedic news with Toni.

Aaron was a great lover of nature, especially Oregon’s natural beauty and lush green forests. Some of his favorite places included Cannon Beach on the Oregon Coast, the Gorge and Multnomah Falls in Portland, and more locally, the Celery Bog, which he enjoyed even during the final week of his life with his visiting sister, Sheryl.

Aaron was not especially religious, but felt deeply connected to his Jewish heritage and values. This was reflected in his own love for questioning and trying to understanding our world. It was also reflected in his own authentic, patient, caring, modest, and honest character. He spoke often about his hopes of passing along these core values to Sara.

Although Aaron never allowed his disease to define his life, a key part of who he was concerned his courageous 15-year battle with a brain tumor. Aaron always worked to stay at the cutting edge of cancer research, seeking advice only from the top experts in the field regarding treatment options, and striving to buy as much time as possible as new options would became available. In spite of overwhelming odds, he continued to engage in life. If you were to ask Aaron what he was most proud of, it would be his joyous daughter and being married to his beautiful wife. What is most certain is that Aaron left us way too soon, but his memory will be eternal to family and friends.

In lieu of flowers, please send contributions to the Musella Foundation for Brain Tumor Research & Information, Inc. at https://virtualtrials.com/Rogat or by mail to Musella Foundation, 1100 Peninsula Blvd, Hewlett, NY 11557.

Services will be at 2:00 pm Thursday, April 13, at the West Lafayette Chapel of Soller-Baker Funeral home at 1184 Sagamore Parkway, West Lafayette, Indiana. Shiva will be held on Thursday afternoon through Friday evening at 754 Essex St in West Lafayette