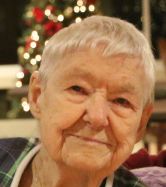 Wilma worked in Quality Assurance for Dow Chemical Company for several years before retiring in 1979.

She was a member of The Order of Eastern Star, Delta Sigma Kappa Sorority and Voyager 1000 Travel Club. She was an avid gardener and loved cooking. She also loved reading and watching Purdue sports.

There will be no services. Burial will be at Washington Park North Cemetery in Indianapolis.

Memorial contributions may be made to the Rossville Lions Club.