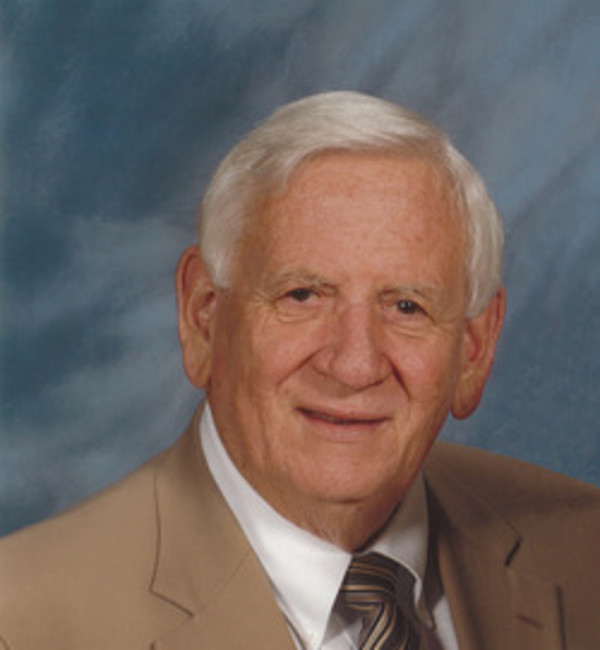 William R. Naylor, 89, of Lafayette passed away Saturday, December 23, 2017 in his home surrounded by family.

He was born September 6, 1928 in Washington, IN to Lenora (Naylor) Bridgman. He graduated from Washington High School. He served in the United States Army serving in Korea from 1950 to 1952. He was the recipient of two Bronze Service Stars and a Distinguished Unit Citation.

He married W. Dolores Naylor on March 2, 1952. After serving in the U.S. Army he attended Purdue University and earned his Bachelor’s (1958) and Master’s (1965) degrees in Industrial Education. Bill was a lifelong teacher. He began his career teaching at East Tipp High School where he taught Industrial Arts and Physics, he was also responsible for establishing the original industrial technology shop at East Tipp. In 1969 he began teaching at Purdue University as a professor of Electrical Engineering Technology. During his tenure at Purdue he created the Amplitude Linear Frequency Related Educational Device (ALFRED) manual. He retired from Purdue in December, 1993 as a Professor Emeritus. After retirement he continued as a consultant for Indiana Public Service and other companies.

Bill and his wife Dee loved to travel spending summer vacations and weekends camping with their daughters and family. After retirement they continued their travel adventures and visited all 50 states and approximately 20 countries.