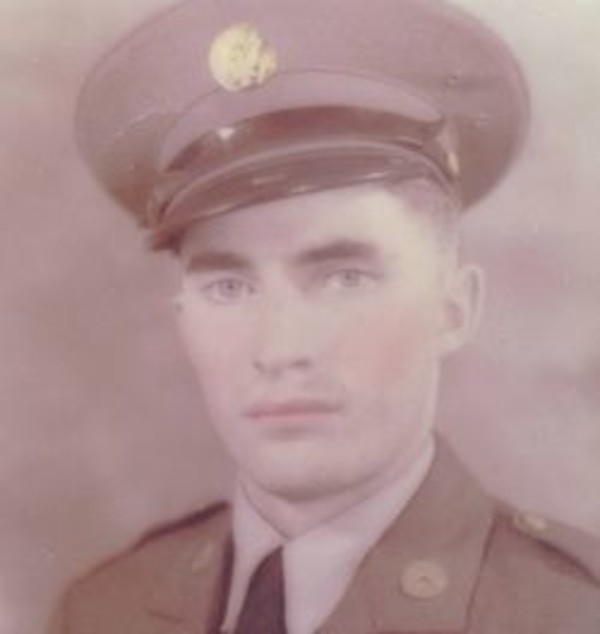 William Miles Evans, 95, of Dayton, IN, died Tuesday, December 15, 2015 at Heritage Health Care. He was born July 24, 1920, in Bartholomew County, IN, to the late Thomas Homer and Amber Williams Evans. William graduated from Mt. Auburn High School in Mt. Auburn, IN and served in the United States Army in WWII receiving 3 Bronze Stars and a Purple Heart. William married Dora Graham in Indianapolis and they recently celebrated their 70th anniversary. Bill worked for Eli Lilly for 30 years retiring in 1980. He farmed in Bartholomew County for a number of years and always said they were the best years of his life. William was a 50 year member of Masonic Lodge 669 and the VFW 1154. Surviving along with his wife are his five favorite daughters Dora Smith (Chuck) of Attica, Diane Scholtes of Dayton, Sallie Cull of Lafayette, Marilyn Evans of Dayton and Joyce West (Randy) of Frankfort. Also surviving are his grandchildren Tim Smith, William Scott Smith (Susie), Roger Smith, Jason Cull, Amber Kennedy. Great grandchildren William Conrad, Sarah, Rachel, Selena and Anna Smith, Tommy Lee Cull and Zebastian Lee Cox and a great great grandson Cayden Smith. William was preceded in death by sisters Florence Betts, Hazel Hamner, Lucille Evans, brothers Kenneth Evans, Clay Williams Jr. and a son-in-law Terry Cull. William was a loving husband, father and grandfather. The family would like to give a special thanks to Heritage Health Care staff and residents for their outstanding care and kindness to William and his family. Visitation will be from 9:00 AM until the time of service at 10:00 AM Saturday at Soller-Baker Lafayette Chapel, 400 Twyckenham Blvd. Entombment will be at Tippecanoe Memory Gardens. Those wishing may contribute to the Community Cancer Network in William’s memory.