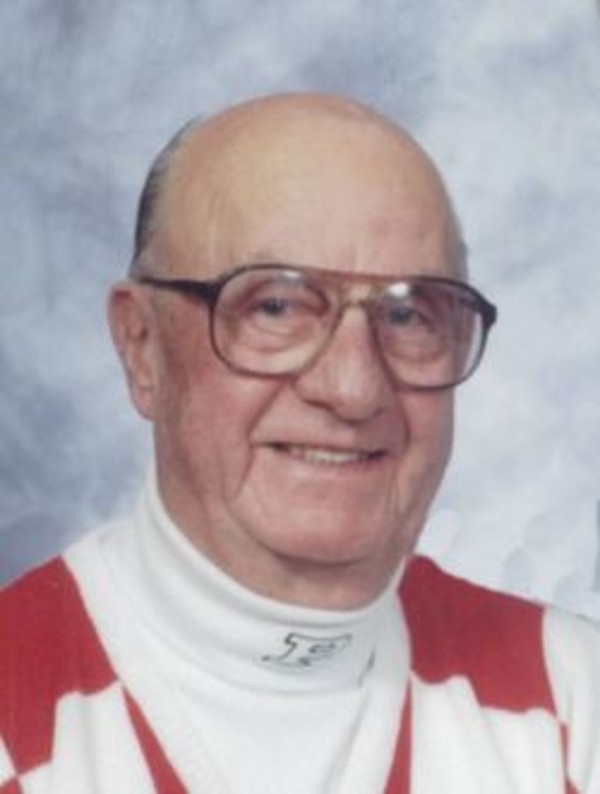 William “Dutch” Crawford, 88, of Lafayette, died at 8:25 AM Tuesday, August 20, 2013 at Mulberry Health and Retirement Community. He was born September 15, 1924, in Danville, IL, to the late William and Edith Wallace Crawford. After graduating from Attica High School in 1942, Dutch went on to serve in the United States Navy. On July 7, 1961 he married Frances Burns in Attica and she survives. Dutch had worked in maintenance at TRW Ross Gear for 23 years before retiring in 1986. He was a member of American Legion Post #11, Edwood Glenn Country Club and a life member of the Moose Lodge. He was an avid golfer and was proud to have his name in the World Golf Hall of Fame in St. Augustine, FL. Surviving along with his wife are two daughters, Susie Adams (husband Mike) of Lafayette, Karen Fisher (husband Al) of Monticello; a son, Danny Crawford of Lafayette; a sister, Edith Grush (husband Phil) of Crawfordsville; Six grandchildren – Dustin Crawford, Brandon Baugh, Alexis Crawford, Jesse Fisher, Drew Adams, Taylor Adams and two great grandchildren. He was preceded in death by two sisters and two brothers. Visitation will be from 5:00 to 7:00 pm Thursday, August 22 at Soller-Baker Lafayette Chapel with the funeral service 10:00 am Friday, August 23, 2013 at Soller-Baker Lafayette Chapel 400 Twyckenham Blvd Lafayette, IN 47909 with Rev. Joseph Park Jr. officiating. Burial will follow at Rest Haven Memorial Park. In lieu of flowers those wishing may contribute in Dutch's memory to the charity of their choice.