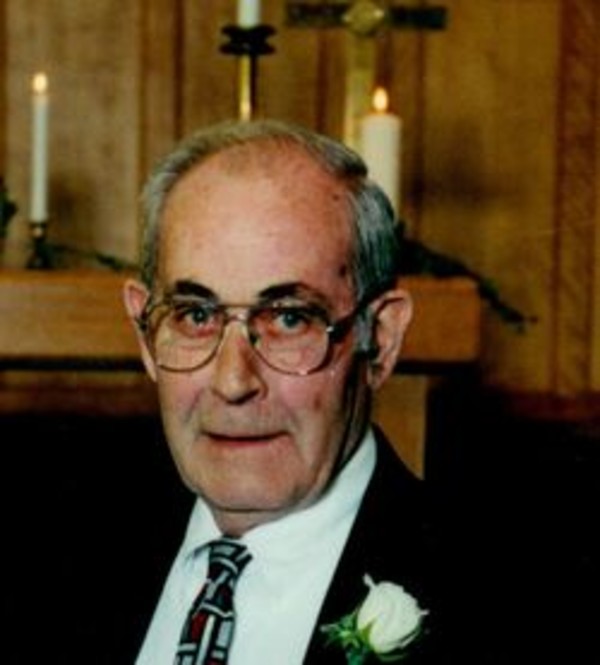 Bill graduated from Wea High School in 1944 and served in the Army during WWII.  His marriage was to Opal Smith and she preceded him in death on December 17, 2015 after 67 years of marriage.  Bill worked for Henry Poor Lumber for 40 years and at the time of his retirement in 1991 he was Yard Foreman. He was a member of St. Mary Cathedral and the American Legion Post #11 in Lafayette.  Bill enjoyed building decks, gambling and puzzles.

Visitation will be from 1:00 pm until the time of the serivce at 3:00 pm on Saturday, at Soller-Baker Lafayette Chapel, 400 Twyckenham Blvd.  Interment will be at Tippecanoe Memory Gardens in West Lafayette.  Memorial contributions may be made to the American Cancer Society in Bill’s memory.