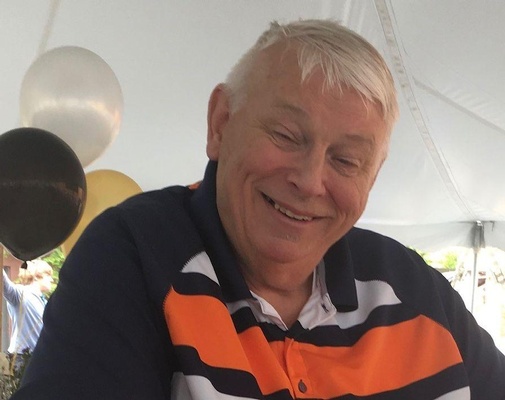 William “Bill” Charles Conner, 74, of Lafayette, passed away on April 20, 2019 surrounded by his family and friends.

Bill was born January 31, 1945 to the late William and Martha (Personette) Conner.  He is survived by his sister Nancy (Stan) Cox.

Bill is survived by love of his life, Paula (Anderson) Conner, whom he married on December 1, 1968.  Their love was destined from the beginning and it was rooted in their love of God.  They celebrated their 50th anniversary this past December with a party thrown by their children. Bill’s love for Paula was an example for all as to how a man of God loves his wife and children.  They went through many rough times and continued to rely on each other for support and strength.

Bill worked in many areas of the food business.  He was a manager at Eisner Food stores and was also a routes salesman for Pepsi, Frito Lay, and Keebler.  He retired from the Purdue Food Services as a storekeeper.  He would talk about all the good times he had at the dining halls and was often known as Wild Bill the prankster.  If you gave him a few moments, Bill would tell story after story about what he stocked, the things he did, and those pranks he would pull.

Bill, or Sir William, as his email said was an athlete in his own right.  He played basketball in High School and would often play in many drive way pick up matches of HORSE or Around the World with his kids.  He even recently coached an Upward Basketball team for Kindergarteners at Christ United Methodist Church.  He also bowled in many bowling leagues around the city. He even would bowl in state tournaments and National tournaments with his son, brother in laws, and father in law.  He and his son Andrew even bowled 299 games within 6 weeks of each other and received their 299 rings in the 2003-2004 bowling season.

One of the things that set Bill apart from others, was his love of God and his knowledge of the Bible. He was a member of Christ United Methodist Church in Lafayette.  He was known for teaching the youth when he was younger and when his own kids were in the youth group. He also took time to teach the youth in the church recently.  Many were amazed at how he would keep the attention of teenagers who struggle with staying focused at other times.  He also taught an adult Sunday School class where his students were amazed by his bible knowledge.

The people who brought the most joy to Bill’s life where his children and grandchildren. They were his pride and joy. He would go to ball games and concerts to support them. He would joke and play with them all the time.  He leaves behind his four children Susanne (Keith) Baughman, Andrew Conner, Joyanne (Larry) McKinney, and Marianne (Scott) Rouse.  His children will greatly miss the strong supportive love of their dad/daddy whom was there to talk and problem solve with them whenever they needed him.  He leaves behind the eight grandchildren who put the sparkle in his baby blue eyes: Christian McKinney, Ashlea Baughman, Sara Rouse, Nathan McKinney, Cortni Baughman, William Lloyd, Elizabeth McKinney, and Isaiah Conner.  His grandchildren will miss their papa who loved them unconditionally and who brought a smile to their faces.