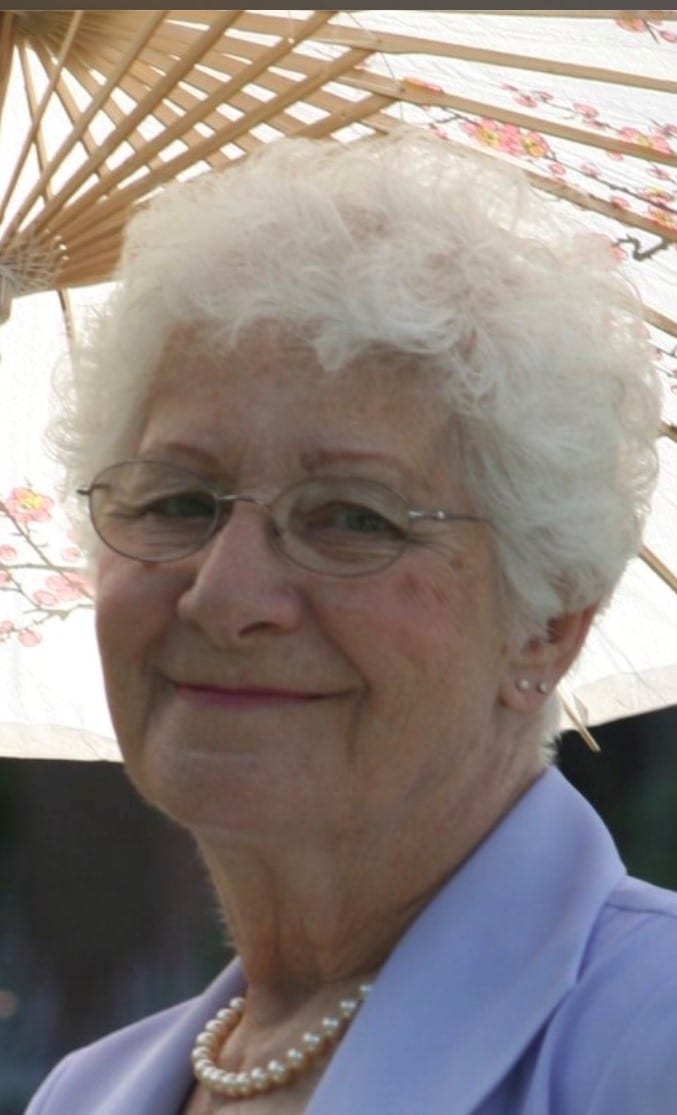 Willa Jo Abbott Render, 87, passed away on Saturday, April 18, 2020 in Des Moines, Washington. Willie, as she was fondly called, lived a very active life. She was born on July 21, 1932 to Russell Paul and Odell Abbott. As a 1950 graduate of Monon High School she enjoyed her experience as a majorette. She spent the majority of her life as a proud Hoosier, but certainly enjoyed some winters in the south. Willie worked in the Tool Crib at Fairfield Manufacturing until her retirement in 1994. After retiring, she enjoyed traveling across the country in her truck and camper. When she and her dog weren’t accompanied by her grandchildren on the trips, she carried around her fake man friend to deter potential thieves. Willie had a love for birds, but especially loved the cardinal. She enjoyed listening to a variety of music, spending hours outside in the yard, wearing red, white, and blue, and spoiling her dog rotten. Willie was known for her sewing skills- whether it was a new blanket for a grandchild, a tissue box holder, or aluminum can hats. She also enjoyed serving her community as a Cub Scout Den Leader and Girl Scout Troop Leader. Her children and grandchildren all particularly loved her Santa cookies. In her later years, she enjoyed curling up with a good blanket and watching episodes of Matlock, In the Heat of the Night, and Dr. Quinn: Medicine Woman. Willie was a devoted follower of Jesus, and a member of Calvary Chapel Lafayette for many years.

Willie leaves behind a large family who loved her fiercely. Her daughters, Karen Stinson (Gary), Kathy Elmore (Dean), and Connie Goodrich (Steve) all reside in Indiana. She also has a son, Russ Render (Marilyn) of Renton, Washington. Her grandchildren are scattered across this country from as far west as Washington, to Alabama, Tennessee, Ohio, and her home state of Indiana. Jocelyn Logan, Brandon Osborne, Savannah Parker, Jason Stinson, Amber Brown, Autumn Phillips, Amanda Edgell, Meagon Blanco, Caleb Goodrich, Michael Goodrich, Kyleigh Parker, Matthew Goodrich, Arielle Allen, Lauren Green, and Adam Render all loved their Grandma and the role she played in their lives. Willie also has 23 great-grandchildren who will enjoy stories about her for many years to come. Willie is also fondly remembered by her lifelong friend, Phyllis Onken.

Her family will have a private memorial for Willie with Pastor Joe Bell officiating but hope to celebrate her life together in the near future. Her famous last words were always, “Love ya, Back!”