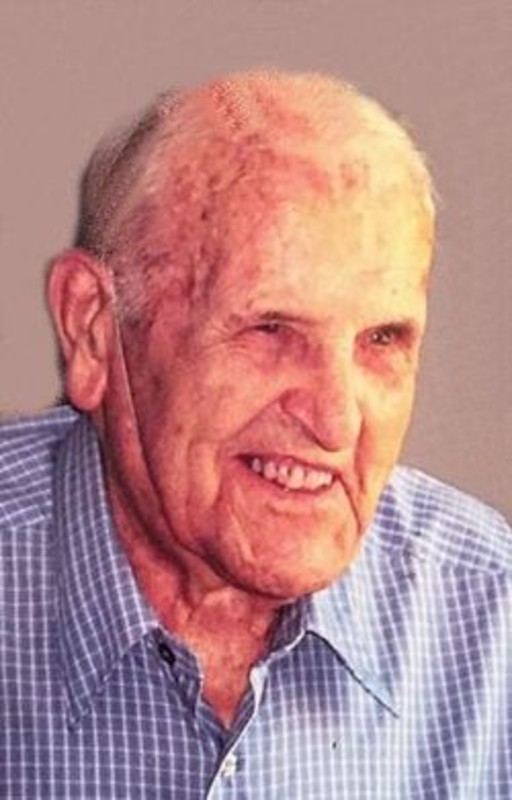 Wilbur Samuel Patrick of rural West Point died on his 98th birthday, July 30th, 2015 at 2:42 pm in Creasy Springs Health Campus in Lafayette, Indiana. Wilbur was born July 30, 1917 in Glen Hall (West Point) to parents Elvin Wallace and Lillie Amelia (Freestedt) Patrick. Orphaned at age two, he went to live with his maternal grandparents Samuel and Ida (Larson) Freestedt, and later with his paternal grandparents Greenup and Ida (Cole) Patrick, all of West Point. Wilbur was a 1935 graduate of West Point School having attended there his entire years of education. On February 19, 1938 he married Clara Elizabeth Blume in the home of his grandmother and aunt, Ida and Helen Freestedt, in Lafayette. Wilbur was raised on the family farm, and later he and his wife owned and operated farms in the West Point area, retiring from farming in 1981. He enjoyed handyman woodworking, and playing Euchre in a club with neighbors and friends for many years. Giving to others was a joy to him. He and his wife enjoyed traveling, having visited all 50 states and traveled to more than 50 foreign countries and islands on 6 continents. Wilbur was a lifetime member of the West Point Methodist Church, where he and his wife served as treasurers for 60 years. He loved to tell jokes and would recite humorous poems and phrases as entertainment for guests and friends. He liked to sketch funny little pictures also. Wilbur was preceded in death by his wife of 60 years, Clara, on January 4th, 1999. Also 3 brothers: Harold (Wife Ruby), Russell (wife Helen), and Ralph (wife Charmaine); and a sister Lillie Martin (husband Lowell). Wilbur is survived by a son David Wilbur Patrick (wife Carolyn) and a daughter, Maureen Elaine Gray (husband David), all of Lafayette. He is also survived by grandchildren, Nanette Everett (husband Doug) of Lebanon; Darin Patrick (wife Chris); Patrick Gray (wife Debbie); and Elaine Gray, all in the Lafayette area. Also are great grandchildren: Tyler, Abby, Luke, and Sally Everett, all of Lebanon; and Owen Patrick of West Lafayette; and step-great grandchildren Corey and Kali Wooldridge of West Lafayette. He was kindly attended to by a dear caregiver, Jodie Hill, for whom the family is extremely grateful. Visitation will be from 5:00 until 8:00 pm on Monday, August 3rd, 2015 at Soller-Baker Lafayette Chapel 400 Twyckenham Blvd. Lafayette, IN 47909. Funeral services will be held at 10:00 am on Tuesday, August 4th at West Point United Methodist Church with Pastor Jeff Stedge in charge of the service and Pastor Chester Tague of Jackson Heights United Methodist Church in charge of the graveside service that will follow at West Point Cemetery. Memorial contributions may be made to West Point United Methodist Church, Jackson Heights United Methodist Church or West Point Fire Department.