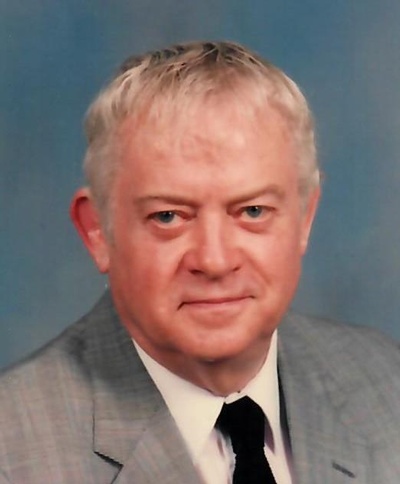 Wilbur D. Darnell, 89, of Lafayette, passed away peacefully, surrounded by family, at St Anthony’s Healthcare on March 31, 2019. He was born April 15, 1929 at Home Hospital in Lafayette to Wilbur R. and Vera T. Darnell, and grew up in Chalmers and Monon, IN.
He met the love of his life, Millie June Boehning of Francesville, IN at Indiana Beach in 1947 and married her on February 5, 1953. She survives.
He was Honorably Discharged from the First Cavalry Division of the United States Army after serving in three campaigns in the Korean War from 1951-1953. After his return from Korea, he worked at Alcoa and Lafayette Pharmaceutical before becoming a storekeeper in the Chemistry Department of Purdue University in 1969. He worked at Purdue for 27 years, progressing to supervisor of chemistry stores until his retirement in 1996. He also obtained his real estate license and became a part-time realtor in the Lafayette area. He accepted Jesus Christ as his personal Savior in 1962, became a member of Kossuth Street Baptist Church, and has been a member ever since. He was also a member of the American Legion and the VFW. Wilbur loved a bargain and if you have been to a garage sale, auction, or Goodwill in Lafayette in the last 60 years, you’ve probably met him.
Wilbur was preceded in death by his parents and his siblings Jack Darnell, Beverly Heater, and Jerry Darnell.
Surviving are his children, Jill (John) Knox of Martinsville, IN, Brad (Becky) Darnell of Colorado Springs, CO, and Fred Darnell of Jacksonville, FL, seven grandchildren, Dennis (Amber) Knox, Bethany (Chris) Stafford, Elizabeth (Daniel) Knowlton, Aaron (Holly) Darnell, Rachel Marshall, Christine Darnell, and Jake Darnell, and seven great grandsons, Simon Knox, Brody Marshall, Sebastian Knox, Lincoln Darnell, Axl Wright, Gibson Wright, and Charlie Knowlton.
In lieu of flowers, donations may be made to either Kossuth Street Baptist Church or the charity of your choice.
Visitation will be from 12:30 pm until time of service at 1:30 pm, Friday, April 5, 2019 at Soller-Baker Funeral Home, Lafayette Chapel, 400 Twyckenham Blvd, Lafayette with Rev. Larry Boehning officiating.
Interment will follow at Tippecanoe Memory Gardens, 1718 W 350 N, West Lafayette, IN 47906.