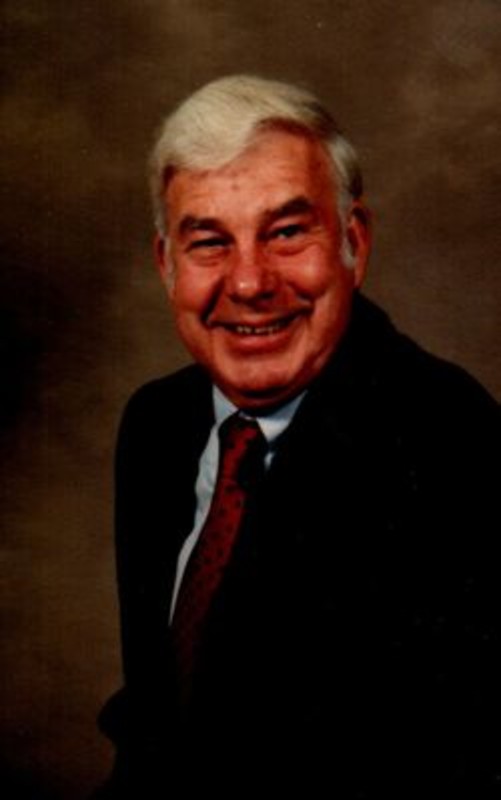 He was born to the late Louis and Rose Lehnen Schafer on April 10, 1926, in Lafayette. Walter was a mechanic for the AE Staley Sagamore plant for 18 years.

His retirement as a mechanic brought full circle a career that spanned Auto Mechanics, the Navy, Ross Gear, being part owner of his own business, Midwest Rentals.

Walt’s family moved to Lafayette from Bloomington, Indiana, when Walt was about 10 years old.

He got his first taste of mechanics in his family’s backyard garage, where he and his brother, Jim, would each spend long hours working on their cars.

This early mechanical theme became very important to Walt, figuring into much of his life’s work, how he met his wife and how he came to be part owner of his own business.

Walt left Jefferson High School for a 2-year stint in the Navy.

“I came from a large family and that Navy group didn’t bother me—I fit right in,” Walt said.

“In the Navy, I went to Trinidad British West Indies after basic training.  I was aboard a mine sweeper.  We would cut the mines loose and PT boats would come in and shoot the mines and the mines would either blow up or sink.”

“The Navy had laid the mines earlier to keep out German Submarines, so we knew where the mines were located,” Walt related.

Near the end of his tour of duty, while in Trinidad, Walt served as a lifeguard for about three months.

“The Navy had allowed the officers to bring their families after the war.  There was a private beach for the officers’ families and I was a lifeguard.”

“It’s not a good idea to get too much sun, we’ve learned since; it can cause skin cancer, which I had,” Walt said.

Walt returned home and began work at Ross Gear where he worked in assembly and in production machinery and as an inspector for a while.  At Ross Gear he finished up his high school work which he had left to join the Navy.

While at Ross Gear, his auto mechanic passion grew.  Walt and a friend at Ross Gear would work on cars all hours.

“We worked on Buicks, and Fords, making them into race cars.  We’d build them and someone else would race them”

“I spent enough time working on automobiles a couple years there, I could have built a house!” Walt said.

Walt met his wife, Patsy (he calls her “Carol”), at a friend’s house where he was working on a car.

Walt worked at Ross Gear for 15 years.  Meanwhile, he and his brother, Jim, talked about starting a business of their own.

They recalled how the neighborhood kids where they grew up would always want to borrow their tools to work on cars, and they had read where a firm was renting a few items.

Walt recommended that Jim visit a rental business in Lincoln, Nebraska, near Omaha, where their brother lived.

Jim started the rental business in Lafayette in 1953, at 5th and Brown, calling it United Rentals.  The business took about five years to catch on while Jim and Walter and their brother-in-law, Bernie Korty, worked their regular jobs.  Walt became a partner in 1961.

“We didn’t pay ourselves any wages in those five years,” Walt said.

“We were in on the ground floor.  As soon as computers came out, we sent our information to data banks and they provided us with monthly inventory control info, income per amount invested, labor cost per item, and year-to-date income per items, month by month.”

“We decided to have a full line of equipment rather than just a few, so we had to know how each item was doing.  We relied upon requests from our customers, as well as our records.  Sometimes a customer who wanted us to get a particular item would tell his friends to call us asking for the item too,” Walt recalled.

Walt worked as a mechanic for the rental business, being sure the equipment was repaired and safe for the customers to use.

It was while he delivered Midwest Rentals’ equipment to this plant that he learned of a job opening as a mechanic at A. E. Staley.

Walt began work there in 1973, and was part owner in the Midwest Rentals business for six more years.  His brother, Jim, now owns the entire business.

What will Walt do in his retirement?

“I’m still busy doing a little bit of carpentry work for the family.  I’ll work at a little fishing, a lot of boating.”

“When they changed the boundaries of the State Park, we got to keep our home and rental on the river; and I have a rental in town, so that’ll provide me with a little retirement income and keep me busy.”

“I’ve enjoyed it at Sagamore.  Had a lot of good times and a few bad times.  My least favorite was having to go out in a boat in zero weather to work on the aerators at Waste Treatment.”

“I wish them (Sagamores) all the best luck.  Hope they can manage their work and take care of themselves.  A little bit of hard physical work several times a week will help you stay in condition,” Walt said with a smile in his voice.

Walter was really “got” when a limousine came to the back of the maintenance shop to pick him up after last week’s retirement party.  His wife, Carol, had arranged it, totally surprising him.

His sons, Tim, who works at Sagamore, and Steve, and his daughter, Kathleen, and his wife, Carol, rode with Walt in the limousine to Walt’s home.

Walt and Carol were married for 66 years, from 1950 to 2016.  She preceded him in death.  Also preceding him was a daughter, Marcia, parents, Louis and Rose Schafer, five brothers, Dan, Jim, Paul, Tom and Louis, and 5 sisters, Loretta, Margaret, Mary, Lucille, and Sr. Rose Louise.

Memorial contributions may be made to the Alzheimer’s Assoc.