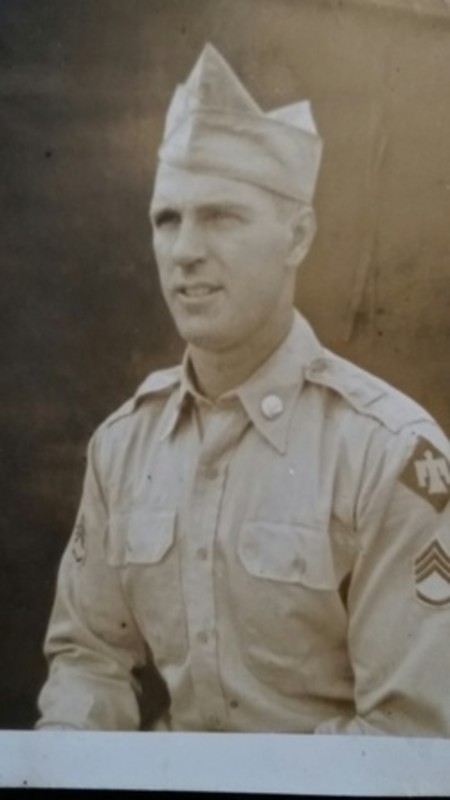 Vernell A. Marquie, 89, of Lafayette, IN, died at 8:05 PM Friday, November 6, 2015 at Rosewalk Village. He was born April 30, 1926, in Remington, IN, to the late Benjamin and Edna Marquie. He served in the United States Army from October of 1950 to August of 1952. He used his skills to achieve a high rank in the military during wartime. Not wanting a desk job, he declined a commission and served as a tank squadron command and eventually was the Recovery Chief Sgt 1st Class for the command battalion HQ of the 45th Infantry. He received honors of a bronze and silver star. . On May 24, 1954 he married Haroldenea McDaniel in Otterbein. She survives. Vernell was a member of the American Legion Post 11 and he was a crane operate for VanMeter Excavating from 1948 until retirement in 1994. He was a member of operating engineer union local 103 retiring with a gold card. He enjoyed woodworking and tinkering. Surviving along with the spouse are son, Steve Marquie (wife Georgia) of Okemos, MI, and two brothers, Melvin Marquie of Wolcott, and Richard Marquie. Visitation will be 10:00 AM until the Mass of Christian Burial begins at 11:00 AM Thursday November 12, 2015 at St. Ann Catholic Church, 612 Wabash Ave., Lafayette, IN 47904. Fr. Dominic Young officiating. Burial will be immediately following the service at St. Boniface Cemetery.