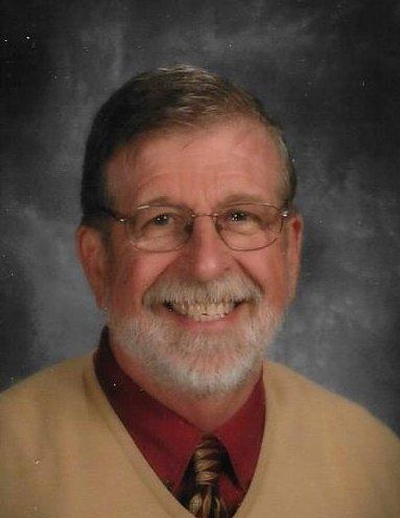 Timothy (Tim) Jon Volkman, 77, passed away in the early morning hours of Monday, March 4, 2019 at the St. Mary Healthcare Center from complications of Alzheimer’s.

Born on May 10, 1941, he was the youngest of four children born to Elmer William Volkman and Grace Edwina (Andersen) Volkman of Hammond, Indiana.  He was proceeded in death by siblings Jerry Volkman, Georgia (Jo) Potter, and Judy Hatch.
Tim graduated from Oliver Perry Morton High School in 1959, after which he worked at Inland Steel to earn money for school.  He attended Purdue University (W. Laf), where he earned his bachelor’s and master's degrees.

Tim was a teacher for 34 years with the Tippecanoe School Corporation.  Starting at Dayton Elementary School in 1975, and retiring in 2009 from Klondike Middle School where he taught Social Studies.  During many of these years he was proud to serve as a negotiator for the teachers union.

With his deep interest in history, Tim had been member of the Tippecanoe Historical Association, and was involved in the early establishment of the Feast of the Hunters' Moon.  His love of history was paralleled by his love of the natural world.  Spending his youth on the southern shore of Lake Michigan, Tim became an amateur naturalist and avid birder.  He enjoyed hiking, camping, canoeing, and fishing.  Some of his favorite times were camping with his high school buddies in the Grand Tetons.
Tim was a voracious reader and lifelong learner.  He was active with WALLA (Wabash Area Lifetime Learning Association, Inc.).  Tim was also a member of the Indiana Retired Teachers Association, and served his country as part of the Army National Guard.

Tim was a charming, intelligent and generous man.  He had a wicked sense of humor and was always quick with a joke, especially if it was punny.  He enjoyed singing and dancing, but most of all loved time spent with family and friends.  A strong and loving man, Tim was truly cherished.

Tim and Beverly (Baker) Cully were married on November 11, 1966, at University Presbyterian Church in West Lafayette.  Beverly proceeded him in death in September of 2018.  He is survived by two daughters, Jennifer Cully-Shaw (Eugenio Martinez) of Bronx, NY, and Lara Volkman (Eric Anderson) of Hammond, IN.  He is also survived by a granddaughter, Hannah Racine Shaw (Rajiv Sicora) of Brooklyn, NY, as well as nieces, nephews, cousins, and many friends.

A celebration of life will be held on Saturday, May 25, 2019, in the Walnut/Elm rooms of the West Lafayette Public Library (208 W. Columbia St.) from 12:00-2:30 p.m.  In lieu of flowers contributions may be made in Tim's name to the following organizations: National Park Foundation (https://donate.nationalparks.org), the Indiana Historical Society (https://indianahistory.org/contribute/donate/), and the Alzheimer’s Association (https://act.alz.org/site/Donation)