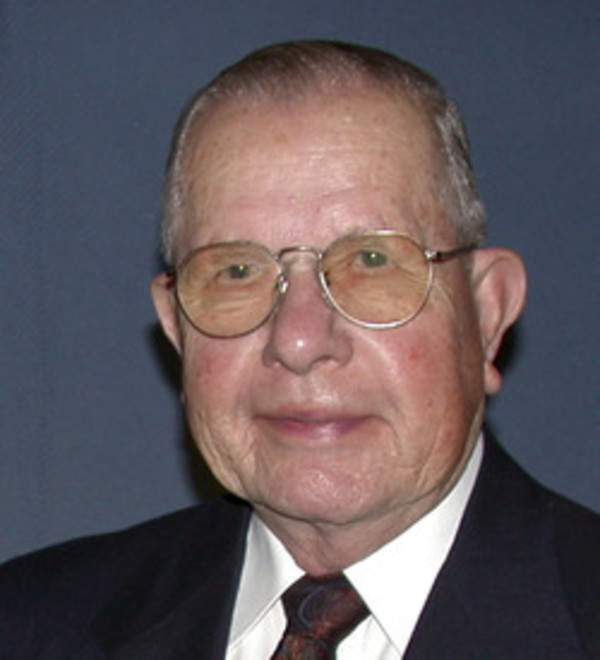 Thomas R Baer, lifelong resident of West Lafayette, passed away peacefully Sunday June 18th.  Tom Baer started his life in New Carlisle, Indiana where he enjoyed life on the farm until he was drafted into the Army during WWII.

He served as a medic in the 83rd Infantry Division, going ashore on Omaha Beach, Normandy on D-Day plus one.  He spent the winter of 1944 at Bastogne during the Battle of the Bulge.  He crossed the Rhine on a float bridge after the collapse of the Remagen Bridge and put his medical skills to work at Dachau after the camp had been liberated.  He was awarded the Bronze Star and a Purple Heart.

Returning to Indiana after the war, he attended Funeral Directors’ School, receiving his certification in 1946. He started his career in Monticello before coming to Lafayette in 1952 to take a job at Soller-Baker Funeral Home, becoming a co-owner in 1967.

In 2009 he was recognized as being Indiana’s longest continuously licensed funeral director.  Tom loved hiking and traveling the globe in his younger years.  More recently his joy was from spending time with family and going to lunch with his many friends.  Married to the former Mary Boardman for 53 years (1925-2003) they had three children who all survive him:  Jan Adams (husband Mike), Linda Burns (husband Pat) and Thomas Baer II (wife Fiona) and one grandson, Timothy Burns.

Visitation will be from 9:00 – 11:00 AM on Friday June 23rd at Soller-Baker Lafayette Chapel, 400 Twyckenham Blvd; followed by a private family service.  In lieu of flowers, the family requests donations to the Wounded Warrior Project www.woundedwarriorproject.org   or Paws with a Cause www.pawswithacause.org