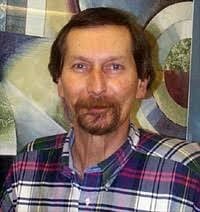 Professor Thomas Lee Morin
Tom Morin, of West Lafayette, Indiana, passed away on February 25, 2020. His 76 years on this earth were extraordinary.
Tom met the love of his life, Susan, in 1962, while studying civil engineering at Rutgers University (where he was the best dancer in his fraternity), and they have been inseparable in the 58 years since. After getting married in 1965, Tom got his master’s degree from the University of New Mexico (while literally blowing things up in Los Alamos), and his PhD in Operations Research from Case Western Reserve, on a full NASA scholarship. Just before leaving Cleveland to become a professor at Northwestern in 1970, Tom and Susan gave birth to their first child, Michael. His second (and “favorite”) child Marisa arrived a full decade later.
After a four-year stint at Northwestern, Tom accepted a position as a professor of industrial engineering at Purdue, where he remained for the next 45 years. He loved everything about being a professor, from his great pride for Purdue and the department, to his prestigious Fulbright scholarship, to winning the “Noble” Prize (just a letter away from greatness). But he especially loved teaching his students. And they loved him too – his online reviews range from “Love him as a professor. He is so enthusiastic in teaching and always helpful when you need” to “Nicest guy ever” to “He is so cute.” Tom was born to be a professor and was literally teaching right up until the very end.
Tom also had a great zest for life. He and Suzi spent their lives traveling the world together, from driving in the Sahara in a car with no air conditioning, to their annual trips to the Greek Isles (at his beloved Hotel Zeus), to their frequent trips to Las Vegas, where he would outlast the staff at the casino buffet with his legendary appetite. He loved spy novels, music (especially Miles Davis and John Coltrane), TV (he saw every episode from every version of Law and Order), cars (he was likely the only 70+ year old owner of a Type R in the country), and food (especially coffee ice cream). But most of all, he loved his family. Tom’s 58-year love affair with Suzi was the defining aspect of his life. And he was completely devoted not only to their children Michael and Marisa, but also to their wonderful spouses Emily and Chris, and to their four grandkids Andrew, Gaby, Charlie, and Kennedy, who he loved with all his heart. Tom was one of the kindest souls you will ever meet; he will be missed but never forgotten.
Tom did not want a formal funeral service. In lieu of flowers, please send a donation to the children’s charity of your choice.