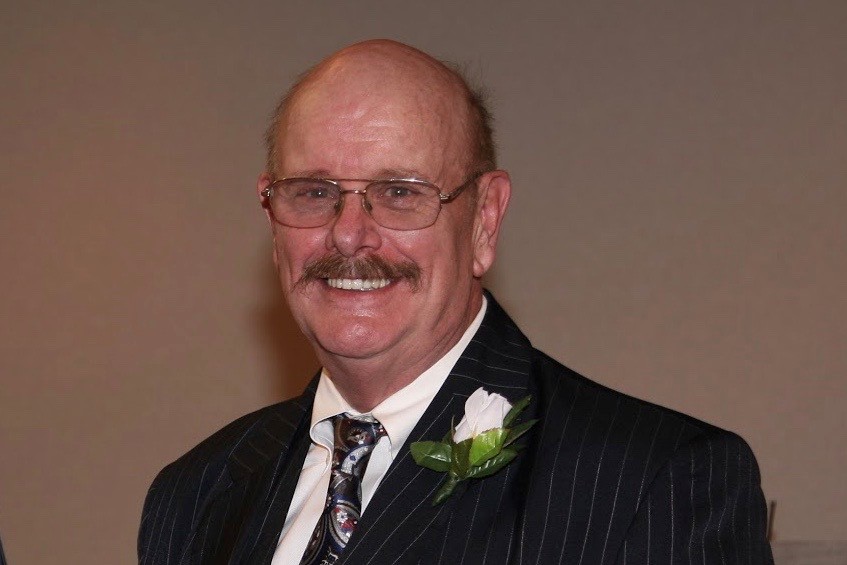 Thomas “Tom” J. Laws, 67, of Lafayette, passed away on Friday, October 4, 2019 at Franciscan Health Lafayette East. He was born November 29, 1951, in Lafayette to the late Kenneth F. Laws, M.D. and Elizabeth J. Lahrman Laws.  Tom was a native of Lafayette and graduated from Central Catholic High School in 1970. He was a veteran of the Air Force serving from 1971 to 1975.
On October 5, 1996, he married Denise “D D” (Ray) Butcher in Rockville and she survives.
Tom did many things while living in Lafayette. He sold insurance, worked at the Elk’s Country Club, and did auto repair. His real passion was Civil War Reenacting, with the 32nd Indiana Company G. He was an avid model railroader.

Surviving along with his wife are his children Chris (Karla) Laws of Millville, NJ, Cory (Ashley) Laws of Indianapolis, Jerralyn Villagomez of Decatur, Andrea (Scott) Wolfe, Sean (Amanda) Butcher, Adam (Kari) Butcher all of Decatur, IN and 15 grandchildren.  Also surviving are his siblings Margaret (Dana) Carson of Lafayette, Pat (Brian) Murer of Williamsburg, VA, Michael (Julia) Laws of Charleston, SC, Terri (Michael) Hayes of West Lafayette, Katherine Kelly of Brownsburg and numerous nieces and nephews. Tom was preceded in death by a granddaughter.

Visitation will be from 5:00 pm to 8:00 pm on Wednesday at Soller-Baker Lafayette Chapel, 400 Twyckenham Blvd. Service will be at 10:00 am on Thursday at Soller-Baker Lafayette Chapel, Fr. David Buckles officiating. Interment will be at Tricker Cemetery near Monroe, Indiana.
Memorial contributions may be made to the American Cancer Society or Riley Children’s Hospital in Tom’s memory.