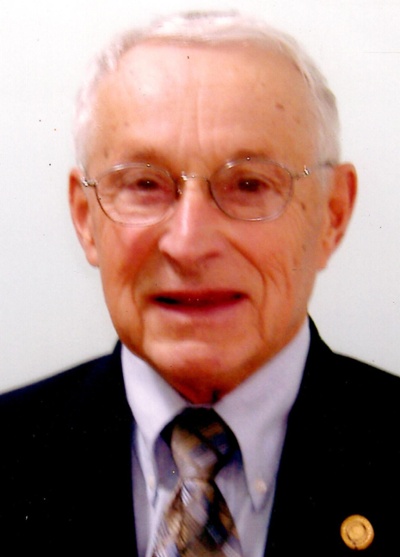 He was born June 18, 1935 in Logansport to the late Roy and Ethel (Heiland) Benner. Tom grew up and lived in Burrows until his graduation from Delphi High School in 1953 and Manchester College in 1959.   He served in the United States Army from 1955 – 1957, stationed in Korea for the majority of his service. On November 23, 1960, he married the love of his life, Rosemary DeVries in Dyer.

Tom retired after 37 years from the Social Security Administration in 1995. Following his retirement, he served on the Knox County Library Board of Directors for 12 years, including several terms as President. Tom was a member of the VFW, NARFE, and was a Rotarian for 34 years and a Paul Harris Fellow. He was a lifelong member of the United Methodist Church and served in a variety of capacities over the years. Most recently, he was a member of St. Andrew United Methodist Church in West Lafayette.

He is survived by his wife, Rosemary; 2 sons, Michael Benner of Champaign, IL and Carl Taylor of Lafayette; and a sister, Joan Banning of West Lafayette.

A graveside service will be held at a later date.