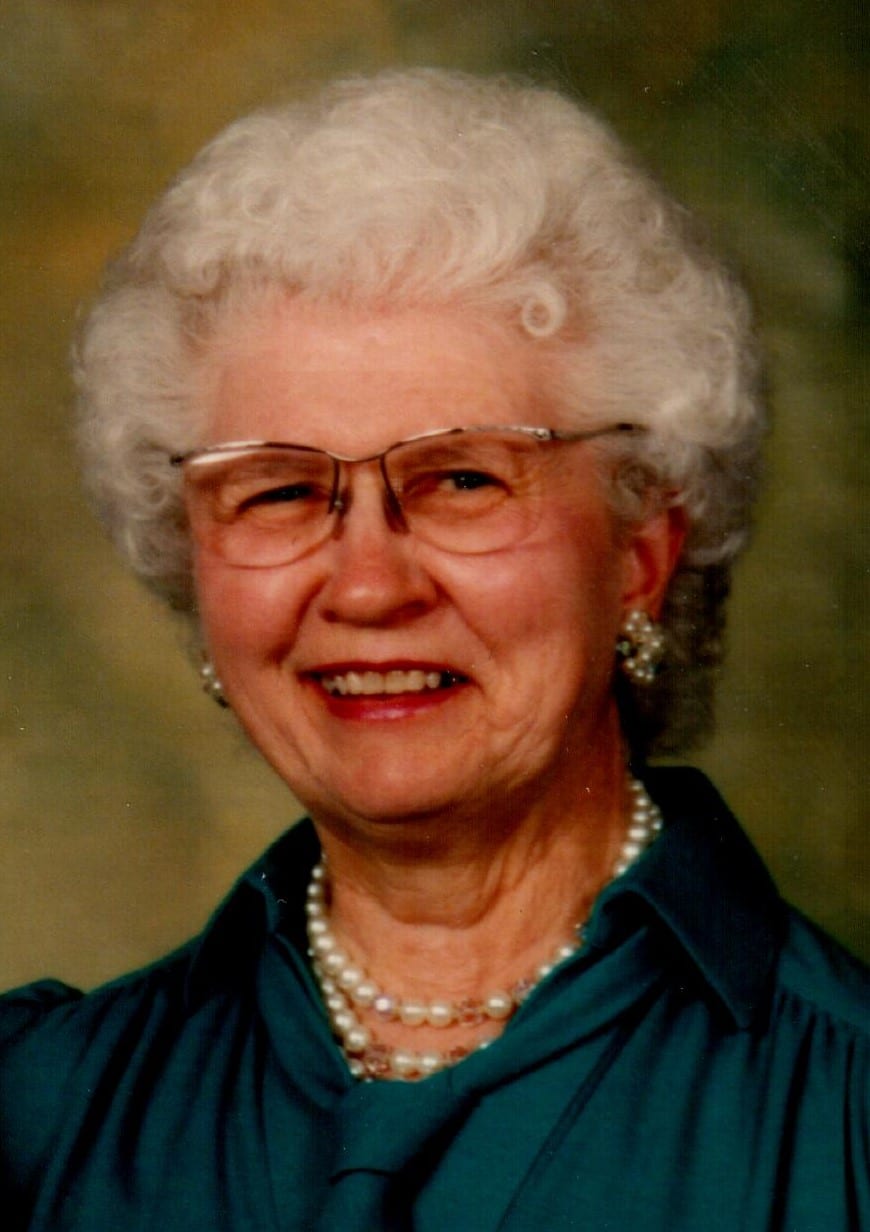 Thelma Maxine Frey Whitehead, 94, of Lafayette, Indiana, went home to be with the Lord at 5:10 AM on Thursday, December 31, 2020 at Creasy Springs Health Campus. She was recently in deteriorating health.

Thelma was born July 15, 1926 on the family farm near Rossville, Indiana in Carroll County to the late Harold E. Frey and Sylvia (Gochenour} Frey. She was the oldest of their three children. Thelma was a farmer’s daughter.

December 18, 1949, Thelma married the love of her life, L. Clayton Whitehead, in her parents Rossville family home. After the wedding she moved to the family farm near West Point, Indiana. She farmed alongside her husband for over fifty years. She enjoyed spending time outdoors helping her husband with the planting and harvesting grain crops and tending to the livestock. She frequently would be seen driving the tractor. Her interests included growing a large garden, canning, and freezing. She also enjoyed caring for flowers and performing yard work. Clayton and Thelma celebrated 62 years of marriage.

In her younger years, she was a 4-H member.  She graduated from Rossville High School in 1944. After high school Thelma worked at Schwab Safe Company.  She was an active member of the West Point United Methodist Church and served on several church committees.  Also, she was a member of Extension Homemakers Association for over 50 years. Thelma served as a board member of Wayne Township and Tippecanoe County Farm Bureau for many years. She enjoyed going to the county 4-H fairs and the Indiana State Fair. She was a member of the Wabash Gem and Mineral Society.

Thelma loved to travel. One of her favorite trips was traveling with Clayton on a tour of WWII

U.S. Air Force Bases in England. She was extremely proud that Clayton had honorably served, in the United States Eighth Air Force.

In the fall of 2011, she moved into a new home in Lafayette. In March 2018, her residence became Creasy Springs Health Campus. She loved participating in their group activities.

Visitation will be Friday, January 8, 2021, from 10-11AM at Soller-Baker Funeral Home, 400 Twyckenham Blvd., Lafayette, IN. The funeral service will begin at 11:00 AM. Pastor Russ Alley, of West Point United Methodist Church will officiate. Interment will be at West Point Cemetery.