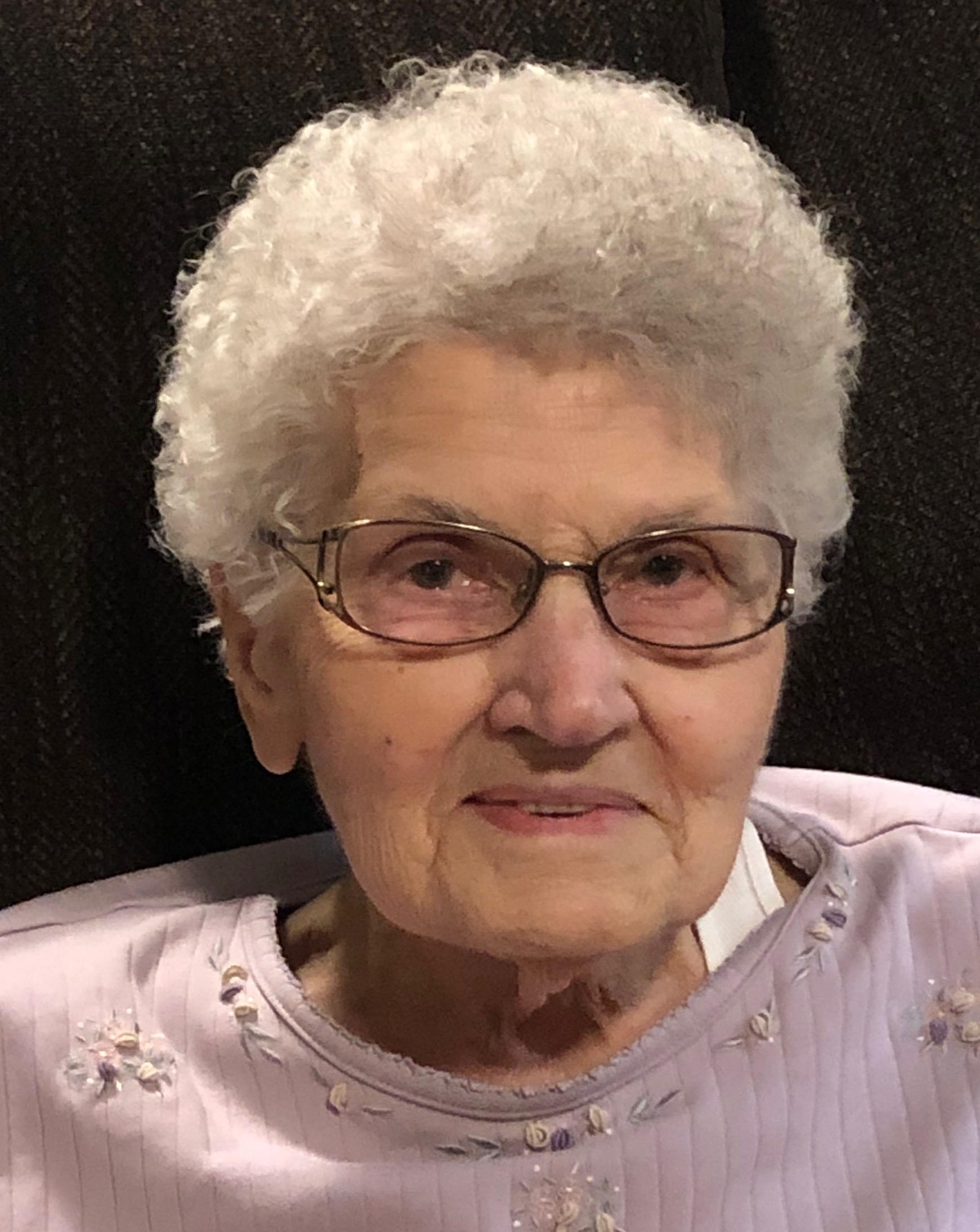 Thelma L. (Brooks) Morgan, Stockwell, IN, was born into this world during a snowy, windy day on March 19, 1923 in Clarks Hill, IN, to Hiram F. and Loma M. (Pearson) Brooks. Thelma moved into the Kingdom of Heaven on December 12, 2019 after residing 96 years on this earth.
She graduated from Stockwell High School. She was the last surviving member of her senior class.
After high school, she attended Rudae’s Beauty School. As WWII escalated, she worked at ALCOA in Lafayette, IN. and joined the United States Marine Corps in 1945 serving in transportation at Cherry Point, NC.
She married Gerald L. Morgan in 1946 who preceded her in death in 1970. They had three children, Reba Kinder (Mark), Jerry Bruce (deceased) and Trudi Morgan. She has 6 grandchildren, 21 great grandchildren and 11 great great grandchildren. She was a member of Miracle Bethel Church for over 50 years and lived for the Lord. She was a caregiver and was there for her friends when they were ill or in need of friendship and support.
She was interested in ancestry research most or her adult life. Genealogy had her attention taking her to many cities/states for research. She traced not only our family roots back many generations, but also helped others find information on their roots. Retiring from Andover Corp. in Lafayette, IN, she bought a computer and her work in genealogy escalated. Pioneer cemetery restoration entered the picture. Being too old at 80 to do the physical work, she listed burials in Tippecanoe County cemeteries in Findagrave.com adding over 10,000 entries. She created indexes for Lauramie Township cemeteries and spent countless hours finding and transcribing obituaries. She also recorded veterans buried in Lauramie Township.
While doing her research, Thelma also wrote and published a book on the town of Stockwell detailing pioneers, businesses, churches and schools that included many pictures she had accumulated over the years. She wrote two other stories about her life which were not published, but intended for family.
In addition to her immediate family, she is survived by her sister-in-law, Alice Brooks Scanlon, her dear, close friend, Faith Marie Ball, and generations of nieces and nephews.
She was preceded in death by her husband, son, three brothers, Robert, Donald and James Brooks, and her sister, Phyllis Vanderwielen.
Services are Thursday, December 19, at Soller-Baker, 400 Twyckenham Blvd., Lafayette.
Visitation is from 1:00pm to 2:00pm. Funeral immediately following at 2:00pm. A military burial will be at Concord Cemetery.