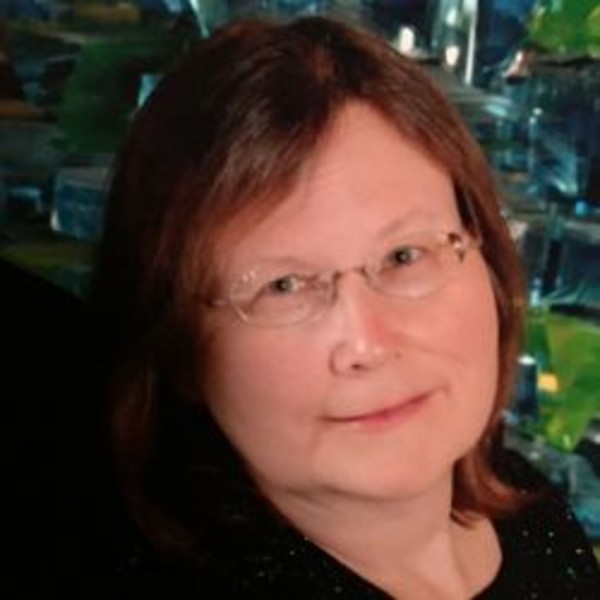 Susan J. Karcher, 65, of West Lafayette, passed away on Friday, January 13, 2017 at St. Elizabeth East.  She was born October 30, 1951, in Lake Geneva, Wisconsin, to the late Franklin and Hilda Bailey Karcher.  Susan received her Bachelor's Degree from the University of Wisconsin and her Masters and PhD from UCSD, all three in chemistry.   On December 16, 2007 she married James  Mullen in West Lafayette, who survives her.  Susan was an Assistant Professor in the Biology Department at Purdue University from 1981 until retiring in 2016 due to failing health.  She was a member of St. Andrew United Methodist Church, Phi Beta Kappa, and other honor societies.  Susan enjoyed traveling, spending time with animals, teaching, knitting, and photography.  She has three children who survive her:  Matthew, Brandon, and Sarah Gelvin, who reside in Turkey, Rhode Island, and Oregon, respectively.  Their father, Susan's friend and former husband, Stanton Gelvin, also survives her.  She has a beloved sister, Barbara Karcher of Lake Geneva, Wisconsin, and two sisters-in-law, Marilyn Desenberg and Nancy Schnerr.  She has seven step-children, ten step-grandchildren, and two step-great grandchildren.  Visitation will be from 5:00 pm to 8:00 pm on Monday at Soller-Baker West Lafayette Chapel, 1184 Sagamore Parkway West.  A service will be held at 11:00 am on Tuesday at St. Andrew United Methodist Church, Reverend Christopher Danielson officiating.  The burial will be in Lake Geneva, Wisconsin.  Memorial Contributions may be made to:  St. Andrew's United Methodist Church in Susan's memory.