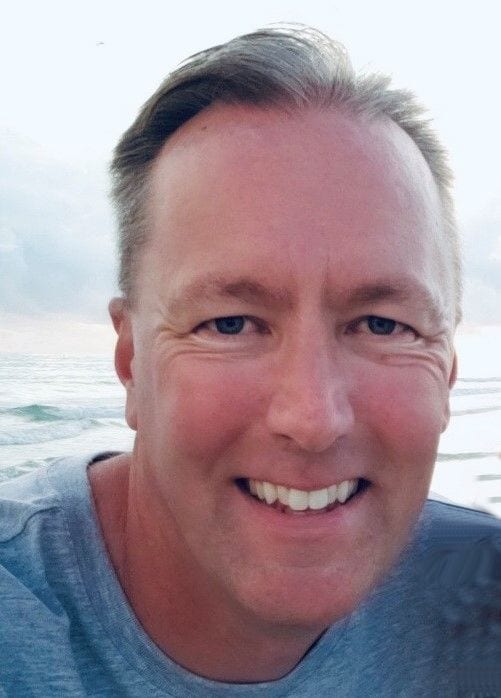 Stephen T. Vanderipe, 52 of Sheridan, IN formerly of Lafayette Indiana died unexpectedly at his home on Sunday January 12, 2020.
He was born December 9, 1967 in Lafayette, Indiana to Robert and Mary L. Vanderipe. He attended Lafayette Jefferson High School, graduated from Ivy Tech with an A.S. degree cum laude and Indiana State University with a B.S. Degree cum laude. He was a licensed Real Estate Broker and a homebuilder in the State of Indiana. Stephen recently worked for Edwards Electrical and Mechanical Inc. of Indianapolis, Indiana as a project manager/estimator until choosing to stay home and care for the “light of his life” Kristi Gardner while she battled breast cancer until her passing on December 25, 2019.
Stephen was a sports official for NCAA College Division 3 Football & Basketball and an IHSSA baseball, basketball & football official throughout the state of Indiana since 2007. Stephen was a member of the Wabash Valley/Fall Creek & Western Officials Association and an official for Men’s and Women’s Special Olympics State basketball tournaments for the last 7 years. He was an avid race car fan and once worked with a pit crew at the Indy 500. He enjoyed travel, loved officiating, cycling, landscaping, writing and attending the Indianapolis 500. He was a loving son, brother and loyal friend to all that were lucky enough to know him.
He is survived by his parents Robert (Nancy) Vanderipe and Mary L. (Paul) Mailloux both of Lafayette; 2 daughters, Shelby and Sydney Vanderipe of Lafayette; 3 brothers, David Vanderipe of Lafayette, Richard (Gigi) Vanderipe of Bloomington, Mike Mailloux of Lafayette; 3 step-sisters Sherri (Dennis) Crandall, Michelle (Brian) Harner, Nicole (Brett) Sanders all of Lafayette and 11 nieces and nephews.
Stephen was preceded in death by long-time companion Kristi Mathis Gardner.
In lieu of flowers, memorial contributions may be given to the YWCA of Greater Lafayette Women’s Cancer program, 605 N. 6th Street Lafayette, In 47901.
A memorial visitation will be held from 2:00pm – 5:00pm, Saturday, January 18th, 2020 at Soller-Baker Funeral Home, Lafayette Chapel, 400 Twyckenham Blvd, Lafayette, Indiana
Share memories, leave condolences, and sign the guest book at www.soller-baker.com