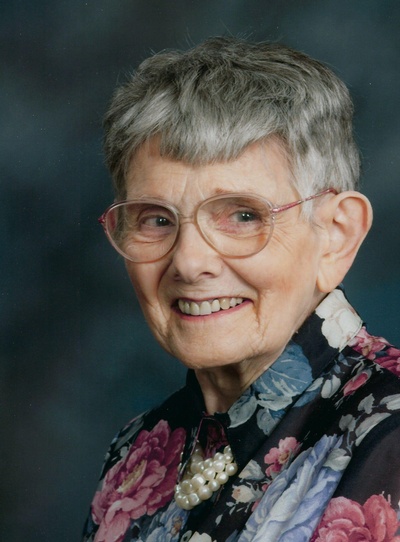 Shirley DuBreuil Curry died at Cumberland Pointe in West Lafayette on May 4, 2019. She was born to Adele Mowton DuBreuil and Stuart Carr DuBreuil in Yonkers, New York, on July 22, 1926. She attended Fox Meadow School in Scarsdale, New York, and graduated from Scarsdale High School in June 1943. She attended Bucknell University in Lewisburg, PA, for two years and then transferred to Mount Holyoke College in South Hadley, Massachusetts, graduating with an A.B. degree in 1947.

Following her graduation from Mount Holyoke College, Shirley worked for two years as a Research Assistant at Burroughs Wellcome Co., Inc. in Tuckahoe, New York. She then went to Northwestern University in Evansville, Illinois, where she received her M.S. degree in organic chemistry in 1952.

Upon completion of her master’s degree, Shirley took a position as a Research Chemist with American Cyanamid Company in Stamford, Connecticut, later transferring with her unit to the company's laboratories in Princeton, New Jersey. During her years with American Cyanamid, Shirley met Arthur Newton Curry, a fellow chemist, whom she married in May 1962. The couple remained in New Jersey until 1964, when they moved with their young son, David, to West Lafayette, Indiana, in order for Arthur to pursue a doctorate at Purdue University. Their daughter, Susan, was born in August 1965, in Lafayette.

As a girl, growing up in Scarsdale, New York, Shirley lived a very active life. At the age of ten she began a twenty-year involvement with the Girl Scouts, in time becoming a Troop leader and teaching life-saving and sail-boating. While in Stamford working for American Cyanamid, she became involved with Girl Scout Mariners and taught sailing. In addition to her activities with Girl Scouts, Shirley attended Camp Mudjekeewis in Center Lowell, Maine, for many summers, times she looked back on with fondest memories.

Shirley's happy childhood, fine education, professional career as a chemist, marriage, the birth of two children—all this good and normal sequence of events was interrupted, with life-long consequences for Shirley and her family, in 1967 when she suffered a debilitating stroke, the effects of which remained with her for the rest of her life, eliminating the possibility of a career as a chemist, and putting strains on her marriage, which ended in divorce in 1978.

Despite these setbacks, Shirley led an active life, raising her children in West Lafayette, serving as an Avon distributor for many years, and taking part in activities at St. John's Episcopal Church in Lafayette and at Friendship House in West Lafayette, where she was one of its longest residents. An avid reader, she was supplied regularly with fresh books from the West Lafayette Library. She was also a loyal fan of Purdue football and basketball.

She is survived by her children, David A. Curry of Secaucus, New Jersey, and Susan Curry Kleinfelter of Atlanta, Georgia. Also surviving are a granddaughter and five grandsons. She was preceded in death by her sister, Barbara DuBreuil.

The memorial service will be Saturday, May 18, 3:00 pm, at St. John's Episcopal Church in Lafayette. In lieu of flowers, the family suggests a donation to the Mount Holyoke Fund, Office of Advancement, PO Box 889, South Hadley, MA 01075-0889. https://www.mtholyoke.edu/giving/memorial