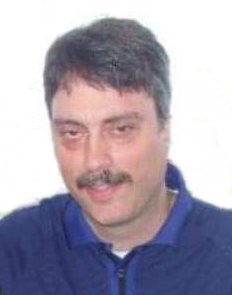 He was born January 25, 1963, in Lafayette, to Gerald and Nancy (Crouch) Johnston of West Lafayette.

Scott graduated from Harrison High School in 1981 and Purdue University with a BS degree in Mechanical Engineering Technology in 1985.

On September 24, 1988, he married Debra Taulman in West Lafayette and she survives.

Scott currently worked as an Area Manager for Drive In of Evansville, a Fugate Enterprises Sonic franchise. He had worked for Sonic since 2008. He had previously been employed by Arby’s and Wendy’s.

Visitation will be from 5:00 pm to 8:00 pm local time on Wednesday, June 24 at Soller- Baker Funeral Home, 400 Twyckenham Blvd. Lafayette.

Funeral service will be at 11:00 am on Thursday, June 25, 2020 also at Soller-Baker Lafayette Chapel with Pastor Rob Green officiating.  Burial will follow at Tippecanoe Memory Gardens in West Lafayette.

Memorial contributions may be made in Scott’s name to Riley Children’s Hospital or to Soller Baker for funeral expenses.