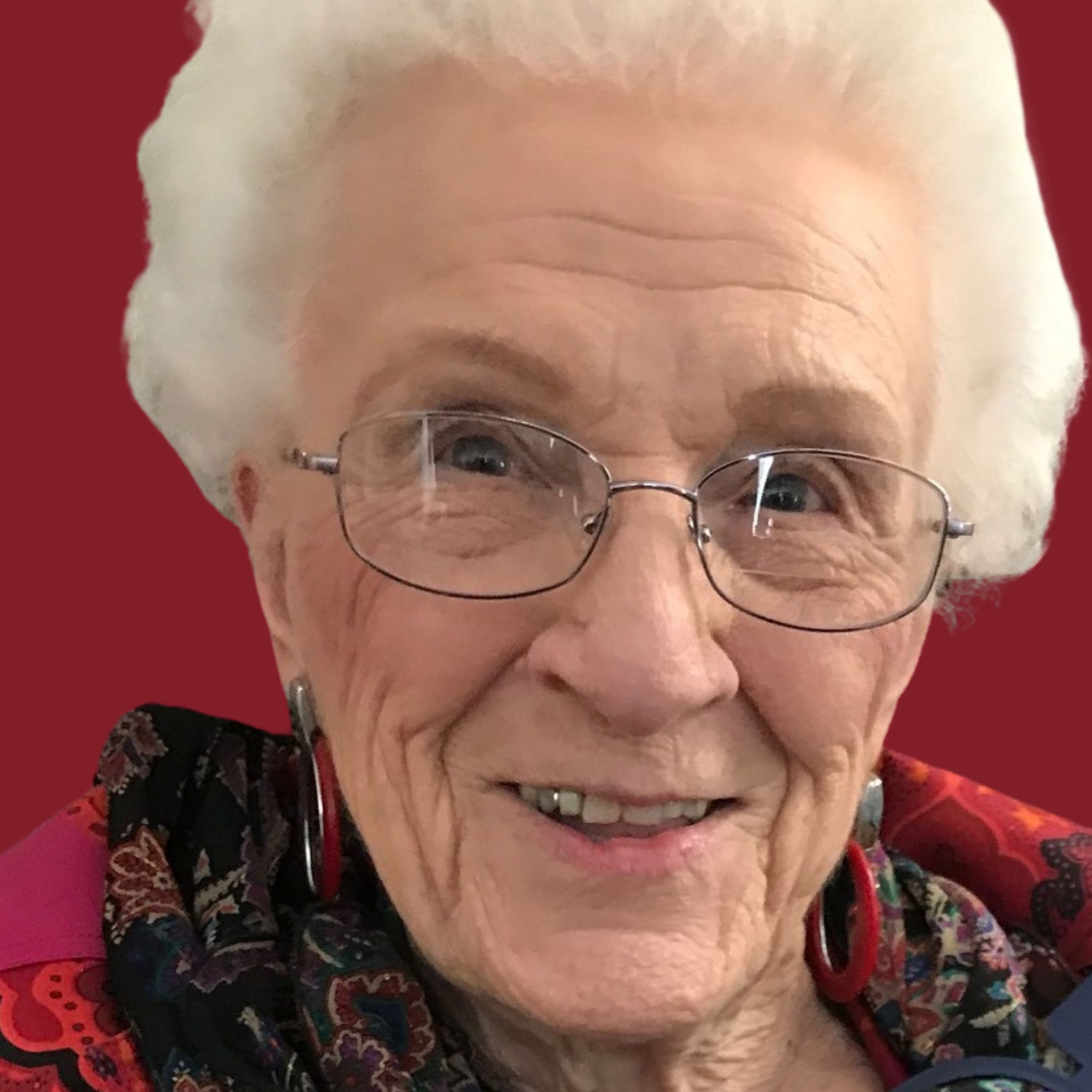 Born June 20, 1922 in Champaign County, Illinois, to Anthony P. and Elizabeth H. Carr, she married Jim on Jan. 16, 1943. They spent several years in the US Army Air Corps / US Air Force, stationed at air bases in the US before Jim went to England to serve during WW II.

After military service, they settled in West Lafayette, Indiana, where Jim had been called to Purdue University in 1955 to start what became known as the Department of Aviation Technology (now part of Purdue Polytechnic).

After attending a one-room schoolhouse in Mayview, Illinois, through 8th grade, Lucille attended and graduated from Urbana High School in 1940. She played basketball and softball. She agreed to go on double dates with Jim and close friends, Grover and Faye Doyle, because Jim had access to a car from his dad’s Campus Cab Company that was large enough to transport her softball teammates to the local hangouts. They were married nearly 65 years.

Lucille worked as a bookkeeper and secretary which included working on a computer in 1948 that had to be wired to read punch cards. She was employed until her first child was born in 1951. Her hobbies were varied. She loved playing bridge and other card games. She was a master seamstress and knitter – able to create matching outfits for her daughters, formal attire for outings with Jim, tailored hunt riding jackets for Vickie and customized garments for her other girls. Her knitting included everything from sweaters and scarves to full-length coats and her personalized Christmas stockings that she gave as gifts. She had a Christmas stocking on her needles at the time of her passing.

In the kitchen she was known for baking made-from-scratch angel food cakes, red velvet cakes and many other treats. Lucille also loved quilting, reading and supporting her daughters in their activities.

She was an avid sports fan, and was especially fond of Purdue Football and Basketball and the Indianapolis Colts. Lucille and Jim also followed Vickie and Scott and the band, Trouble With Monday. In 2011, while with them on a tour date to the Klipsch Music Center, Noblesville, Indiana, where they played prior to Kenny Chesney, she stopped for selfies with fans who asked if she was Betty White.

Lucille was more recently a resident at Westminster Village and was involved in many activities. She was active in First Christian Church, Lafayette, Indiana, for over 60 years, and served in many positions from elder, to chairman of the Shepherding Committee, to founder of the Mitten Tree Dinner. She served on the board of Lafayette Urban Ministry and Christian Women’s Fellowship (CWF). She was the CWF representative for many years to Church Women United where she served as treasurer and co-chairman of the LUM Food Pantry for seven years.

In her community, she served as a Girl Scout leader and was active in the PTA, USAF Wives’ Association, Purdue Women’s Club (membership chairman), Chapter L PEO (secretary), Three O’Clock Club (several leadership roles) and she was active in her Patio Homeowner’s Association when she lived at GreenTree.

Lucille lived her life to the last day, and was an inspiration to many about the Christian faith and about the values of being active and adventuresome. An example of her fun-loving spirit was her spur-of the-moment, day trip to French Lick Resort via private jet at age 90. She had said “yes” to an invitation for the French Lick trip from the wife of a Purdue Aviation alum who had flown in on business with her husband.

She also opted for a double knee replacement (age 84) so she wouldn’t be limited in her care of Jim. The decision also enabled her to better climb the steps of Ross-Ade Stadium to enjoy her season tickets to football games with daughter, Vickie. She visited New York City and attended a Broadway musical with Nancy, Fred and family on the East Coast. And also made a spur-of-the-moment decision to fly to Utah to visit Sue and her family, and to catch a college soccer game that her grandson, Andrew, was playing.

When asked about her secrets to living a long, healthy life, she would respond – “Continue to grow in your faith; love deeply; continue to add new friends to your circle who are younger than you; keep moving; keep your mind active; prepare your food at home as much as possible, and drink lots of water.”

A private, family-only funeral service is being planned. In lieu of flowers, the family asks on Lucille’s behalf that you consider a donation to First Christian Church – CWF, or to the Lafayette Urban Ministry Food Pantry. https://www.lumserve.org/programs/food-programs/food-pantry/