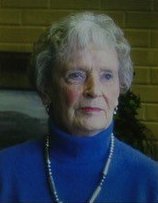 Ruth Marion Frier Shively Oliver passed away peacefully on June, 9, 2020 at Westminster Village in West Lafayette at the age of 97.  Ruth was born in West Lafayette to Gertrude (Duryea) and George Melrose Frier on April 30, 1923.  She grew up in West Lafayette, attended Morton School and graduated from West Lafayette High School, where she was Valedictorian of the Class of 1940, and from Purdue University in 1943, where she was a member of Kappa Alpha Theta and was elected to the Student Union Board and President of the Panhellenic Council.  Upon graduation, she attended graduate school in Nutrition Science at the University of Illinois and pursued her career as a nutrition researcher at Ralston Purina Company.

Ruth married Harold “Bud” Shively in February 1944 at the Yale University in New Haven, Connecticut where he was an Air Cadet.  She lived in several cities around the U.S., acting as a loving mother and raising a family.  She returned to work as a hospital and school system dietician when her children all reached school age.  She moved back to West Lafayette in 1971 and served as a dietician for Purdue University Residence Halls, until her retirement in 1982.

Ruth hit her stride in retirement.  She immediately volunteered to serve in the Peace Corps and spent 1989-1991 as a dietician in a rural hospital in Jamaica.  She considered this service to be the highlight of her career.

Upon her return to West Lafayette, Ruth was active in community affairs: as a frequent speaker at Peace Corps education and volunteer recruiting events; in Purdue Theta events (at which she was often the oldest member in attendance); in Purdue alumni activities; and in activities of First United Methodist Church.  She was one of the founders, and served in several leadership positions at, the Wabash Area Lifetime Learning Association (WALLA).  She travelled extensively around the world.  During Gala Week 1997, Ruth was awarded the Purdue Alumni Association Citizenship Award.

Ruth met Jim Oliver, a former West Lafayette High School classmate, at their class’s 55th WLHS Reunion.  In 1997, they were married and lived in West Lafayette.

Memorial service will be 2:00 pm Wednesday at Soller-Baker West Lafayette Chapel, 1184 Sagamore Parkway West., Rev. Denise Frank officiating.  The service will be live streamed on Ruth’s obituary page.  Memorial contributions may be made the WALLA or First United Methodist Church in Ruth’s memory.