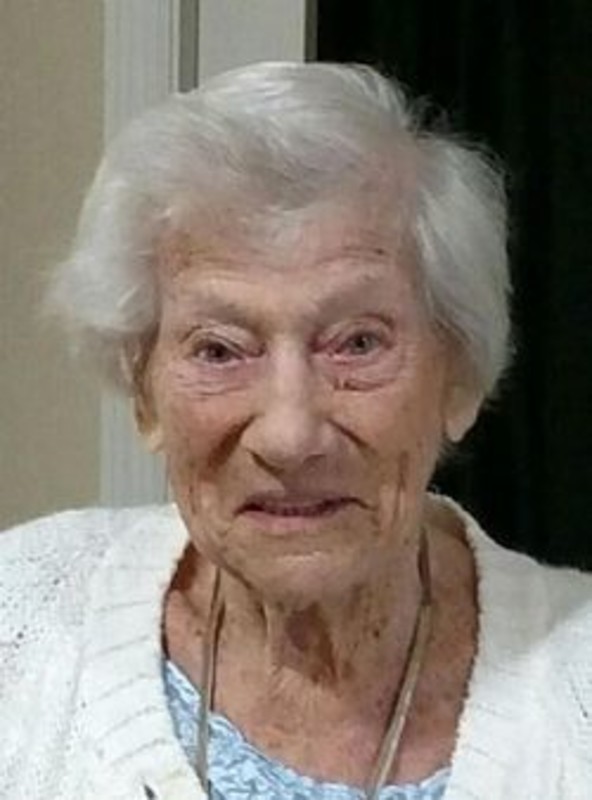 Ruth Genevieve (Hymen) Frank, age 98 of Lafayette, IN formerly of Cocoa Beach, FL passed away at Digby Place on January 23, 2018. She was a graduate of West Lafayette High School and Lafayette Business School. Ruth was born on November 18, 1919 in West Lafayette to R. Jacob and Fern (Ross) Hymen.  She was the youngest of two children.

On December 9, 1950, in Lafayette, she married Charles (Charlie) A. Frank. They had almost 56 years together before Charlie’s death on October 4, 2006, in Cocoa Beach, FL. She was also preceded in death by her parents, step-father Donald Pitts, and brother James ‘Earl’ Hymen.

Ruth worked as a bookkeeper for Brown Rubber, Kettlehut Construction, and National Homes. Then she and Charlie began A-1 Exteriors, in Lafayette. In the fall of 1995, they retired and moved to Cocoa Beach, FL. She loved living on the beach. She was a Purdue football and basketball fan. Bowling, euchre, ceramics, knitting and crocheting were hobbies she enjoyed.