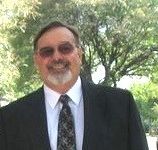 Ronald “Ronnie” L. Highland, 71, of Linden, passed away on Tuesday, April 14, 2020 at his home surrounded by his wife and children.  He was born May 2, 1948, in Lafayette to the late Harry and Elizabeth (Stoker) Highland.  Ron graduated from East Tipp High School in 1966 and attended Santa Barbara Jr. College in Santa Barbara, CA where he spent 2 years playing basketball.  On March 7, 1975, he married Donna Brandon in Romney and she survives.  Ron worked for Tippecanoe County as a building Inspector for many years.  At the time of his retirement in December of 2011, he was Building Commissioner.

He was a member of Romney United Methodist Church and had served in the past as Trustee President and on the Church Administration Council.  His love for his church family was unmeasureable.

Ron had many proud moments in life spending time with his kids, grandkids, and their many camping, sporting, singing and Turkey Fest adventures.  Ron had a special place in his heart for the many friends and family that he loved so dearly.

Ron was an active with the Laurmie Twp. summer recreation baseball program, McCalister Center as a coach, mentor, father figure to many youth.  Ron will be remembered as a man of principle, integrity and great character.  He could be tough, but fair and had a great sense of humor.

Due to restrictions a private service will be held on Saturday at Soller-Baker Lafayette Chapel. A video recording of the service will be available online on Monday.  Interment will be at Linden Cemetery.  Memorial contributions may be made to Franciscan Hospice Lafayette and Romney United Methodist Church.