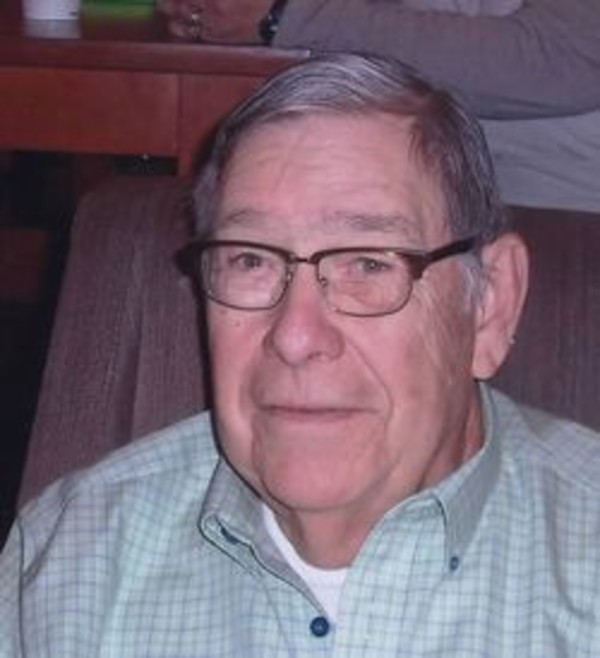 Ronald Eugene Miller, 76, of Lafayette, passed away at 8:29 p.m. Sunday, July 31, 2016 in his home surrounded by loving family.  Born November 12, 1939 in North Manchester, IN to the late Edward D. Miller and Mary L. Barkman Miller Engler.  He graduated from Dayton High School and Purdue University.  He served in the US Air Force from April 1961 – April 1965 as a Chinese Linguist.  He met the love of his life, Esther Ann Brockett, while studying Chinese at Yale University Institute of Far East Languages.  They married February 10, 1962 in Bridgeport, CT. He worked at Purdue University until retirement.  Ron was a member of Memorial Presbyterian Church in Dayton, IN where he served as Elder and Deacon.  He was a member of the Sheffield Fire Department for many years.  He loved spending time with his family and friends.  He enjoyed fishing, Purdue sports and NASCAR.  Surviving along with his loving wife, Esther, are his daughter, Carole M. Kemmer (husband Kurt) of Lafayette and son, Steven P. Miller (wife Cheryl) of Leesburg, IN; sister Brenda Barker (husband David) of Rossville; brothers Thomas Miller (wife Linda) of Lafayette, Robert Miller (wife Marjorie) of Elwood, Steven Miller (wife Jane) of St. Cloud, FL; brother-in-law Gene Smith (wife Sally) of Lafayette; grandchildren Sarah Kemmer Goff (husband Stephen), Ryan Kemmer, Brooke Miller, Kendra Miller and Paige Miller; great grandson Wyatt Goff. He was preceded in death by his sisters Barbara L. Smith and Judith Engler and brothers Thom Engler and Jack Miller.  Special thank you to St. Elizabeth Hospice for their generous and loving care.  Visitation will be from 5:00 p.m. to 8:00 p.m. Wednesday at Soller-Baker Lafayette Chapel, 400 Twyckenham Blvd.  Service will be 10:00 a.m. Thursday at Memorial Presbyterian Church in Dayton, Rev. Dr. Justin Schlesinger-Devlin officiating.  Interment will be at Wyandotte Cemetery.  Memorial contributions may be made to Memorial Presbyterian Church, P O Box 70, Dayton, IN 47941.