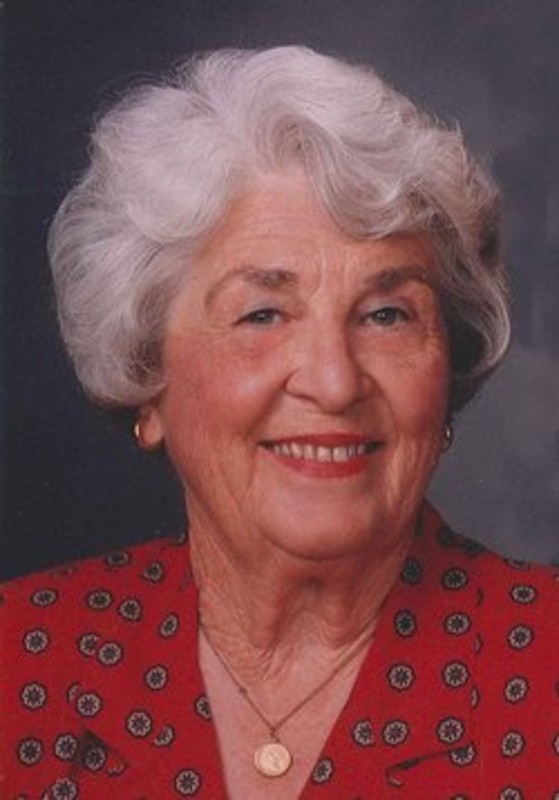 Bertanell Henricks Long, 90, died Thursday, October 22, 2015 at Westminster Village in West Lafayette. She had suffered from dementia for a number of years. Bertanell was born August 27, 1925, in Tulsa, Oklahoma, to the late Roy E. and Teresa Neal Henricks. She grew up on a farm outside of Sand Springs, Oklahoma. The death of her mother in 1933, the hardships of depression-era Oklahoma, and dust and sand blowing down the Arkansas River valley during the dust bowl years were vivid childhood memories. Happier memories included trips to town for nickel ice-cream cones, pie socials at the two-room schoolhouse she attended through eighth grade, and weekend horseback rides over the Oklahoma hills with her aunt Letha Henricks, who became a surrogate mother. Despite the hard times, Bertanell was always proud of her Oklahoma heritage. Bertanell graduated from Sand Springs High School in 1942. She enrolled in Oklahoma A & M College (now Oklahoma State University) that same year. There she met Jack Long, who preceded her in death in 2011. They were married in September 1945. Bertanell went on to receive a Bachelor of Science degree in Home Economics Education from Oklahoma State in 1952. She later earned a Master of Science degree from the Purdue University School of Home Economics in 1967. Bertanell and Jack moved to West Lafayette in 1955. During the late 1950s and early 1960s Bertanell worked as a substitute teacher at Klondike High School and as a part-time County Extension Agent in Tippecanoe County. In 1967 she joined the Purdue University School of Home Economics as an academic counselor and in 1970 was appointed to faculty status as an instructor. She spent more than a decade as an academic counselor, and then finished her career on the staff of the Purdue Alumni Association. Whether welcoming new students and their parents to the Purdue campus, serving with Jack as Faculty Fellows for numerous Purdue residence halls, or accompanying Purdue alumni on trips to Europe, Bertanell was an enthusiastic supporter of the university. During her six decades as a resident of West Lafayette, Bertanell was an active member of the First United Methodist Church, the Federated Church, and Covenant Presbyterian Church. After she retired, she enjoyed participating in women's Bible study groups. The many notes in her worn Bible reflected the importance of faith in Christ to her life. She was also a member of the local council of the Girl Scouts of America for fourteen years and held leadership positions in the Purdue Women's Club. Bertanell and Jack had three children, Roger Keith Long of Palm Beach, Florida, Kathryn Teresa Long of Wheaton, Illinois, and Jan Long Davis of West Lafayette. Bertanell is also survived by grandchildren Nol Davis Larson, Micah Andrew Davis, Colin James Davis, Alec Clayton Davis, Nora Clare Long, and Owen Andrew Long, as well as seven great-grandchildren. She expressed her love for family in part through countless batches of chocolate chip cookies, along with homemade custard, and angel food cakes. A funeral service is planned for 3 pm, Thursday, November 5, at Faith Presbyterian, West Lafayette, IN. Interment will be in Oak Park Cemetery, Chandler, Oklahoma. Memorial gifts may be made to Purdue Foundation for the Long Family Endowment in the Department of Food Science, Purdue University School of Agriculture.