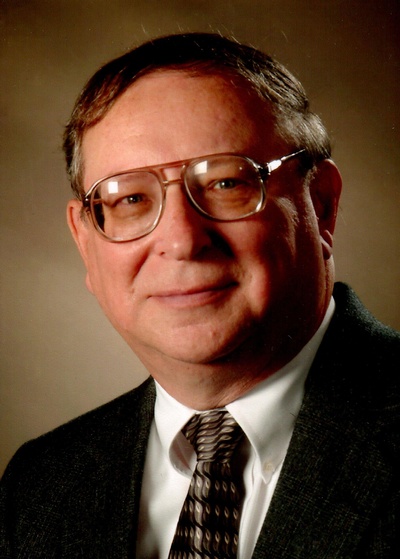 Robert was born in Indianapolis on December 3, 1947, the son of Robert W. Bain Jr. and Marjory Roberts Bain. He attended 9 schools in 4 states before graduating from Lisle (Illinois) High School in 1965. Bob attended Indiana University where he earned a degree in History and then an MBA. At IU he was very involved in the campus student radio station, WIUS, where he met many lifelong friends.

Most importantly, while at IU he met Melinda Carol Henry, who he married on December 19, 1970, starting almost 50 years of the wonderful life they shared.

Bob worked at Purdue University for 37 years (exactly), in the business office in Agriculture and Physical Plant, and with a change of direction retired as Director of Physical Facilities Computing. After retirement he was very active in the Purdue University Retirees Association (PURA), serving as President and Treasurer.

For almost 40 years he was involved with the Purdue Federal Credit Union, serving two stretches on the Board totaling over 20 years, and on the Supervisory Committee; he served as Board chair and treasurer as the credit union grew from $10 million in assets to $1.2 billion. He is very proud of its service to Purdue and the community.

A childhood visit to Gettysburg sparked his interest in the Civil War; he visited every major battlefield (and lots of small ones) and supported several preservation groups. Bob was a member of the Society of Civil War historians, treasurer of the local Civil War Round Table, and gave talks to groups throughout the state.

A lifelong reader, he was proud of his library of 2,500 volumes, and supported the Purdue Libraries, particularly the Archives and special collections.

He was a fan of college football and for over 35 years was part of the official statistics crew for Purdue football. Bob also was a devoted follower of the Chicago Cubs which started when he attended his first Major League game at Wrigley Field in 1955.

Bob loved to travel, and he and Melinda had many great trips together, including to England with Steve and Debbie Belter, to Greece with Bill and Susie Horn, and to Disney World with Larry and Millie.

Bob’s final advice is to retire early and enjoy life; you don’t know how long forever will be.

He is survived by his wonderful wife, Melinda. He’s also survived by a brother, Kent (Danbury, CT), Aunt Mary Garrett, Aunt and Uncle Jim and Genevieve LaPolla, sisters-in-law Millie Sprowl and Kathy Sieracki (Michael), brothers-in-law Larry and Douglas Henry (Michele), 4 nieces and a nephew, several cousins and those friends from IU campus radio.    He is preceded in death by his brother, Scott Harold Bain, and his parents.

Friends may call from 5:00-7:00 pm on Friday, January 25, at Soller-Baker West Lafayette Chapel, 1184 Sagamore Parkway W., West Lafayette. A memorial service will be held at 3:00 pm on Saturday, January 26 with visitation beginning at 2:00 pm at the funeral home. Burial will follow at Tippecanoe Memory Gardens. In lieu of flowers, please make memorial contributions to the PURA Student Scholarship Endowment, c/o Purdue Foundation. Please designate the endowment name on your check and mail to Dauch Alumni Center, 403 W. Wood Street, West Lafayette, IN 47907-2007.