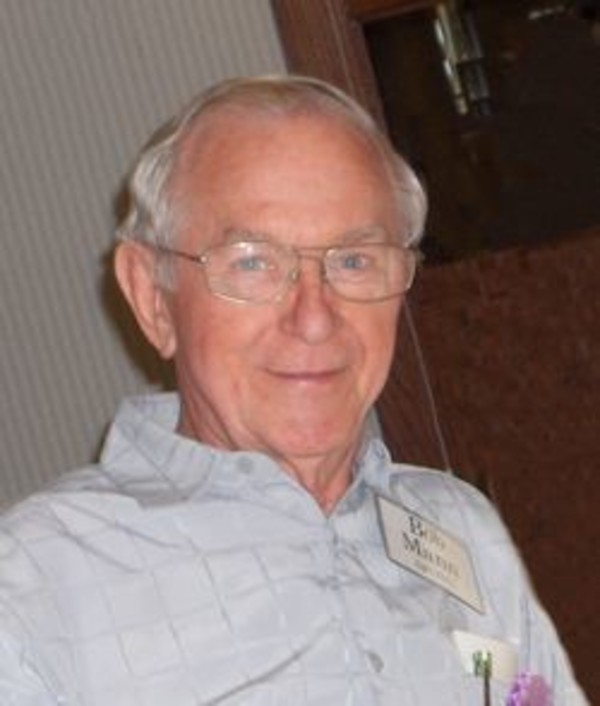 Robert Walter Mann, 86, died peacefully surrounded by his family, at the Sunrise Senior Living in Naperville, Illinois. He was born on May 6, 1927, in Indianapolis to Walter Nicholas Mann and (Iris) Esther Monroe Mann. After graduating early from Indianapolis Manual High School, Bob enlisted in the U.S. Army and served as a file clerk in General MacArthur's office in Occupied Japan. Following his honorable discharge from the Army, he remained in Japan for another two years, working at Tokyo's famous Imperial Hotel, where he made lifelong friends on whom he would never miss an opportunity to practice his near-fluency in speaking and understanding the Japanese language. Upon returning state-side in 1950, Bob completed his education at Indiana University, earning a BS in Business. In 1952, he married the former Mary Caroline Stout, who proceeded him in death. Bob was licensed as a CPA in 1954 and moved from Indianapolis to Lafayette to serve as Controller for Karl Kettelhut Construction. In 1960, Bob became an investment advisor for Investors Diversified Services (now Ameriprise), developing many long friendships with his clients. Bob continued to serve his clients until his retirement in 2001 at age 74. Bob knew no strangers and used his financial talents and friendly demeanor through decades-long service as treasurer for Immanuel United Church of Christ, the Tecumseh Kiwanis Club, Vinton Woods Club, the Amos Farms Co-op. In the months leading up to April 15th, you'd find Bob in his office preparing tax returns for his many friends who trusted him with their finances. Bob enjoyed traveling the world and was an avid Chicago Cubs baseball and Indiana University basketball fan. He also served his community as a volunteer driver for cancer patients. Survived by his brother, James F. Mann (Donna) of Ft. Myers, FL; his five children, William Colvin Mann of Lafayette, Andrew Monroe Mann (Heidi) of Norton Shores, Michigan, Martin Samuel Mann (Cynthia) of Unionville, Indiana, Jennifer Lynn Higginbottom (Hunt Wiley) of Lafayette, and Julia Elizabeth Mann (John Czwornog) of West Chicago, Illinois; as well as 11 grandchildren and 5 great grandchildren. Preceded in death by his wife Mary; son-in-law, Brian Higginbottom; and great granddaughter, Maya Getz. Visitation will be Saturday, January 25, from 11:00 a.m. to 1:30 p.m. with a funeral service at 1:30 p.m. – all at Soller Baker West Lafayette Chapel, 1184 Sagamore Pkwy West, West Lafayette. A private interment will follow at Tippecanoe Memorial Gardens. In lieu of flowers, memorial contributions may be made to the Alzheimer's Association (www.alz.org).